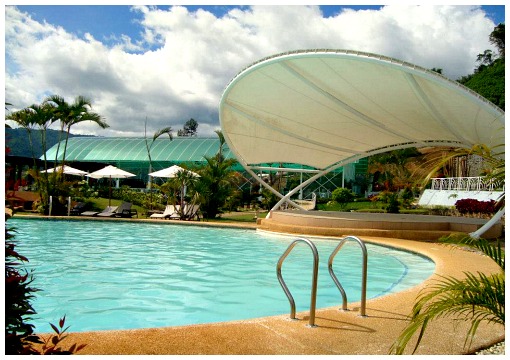 Alindahaw Lakewood Resort is tucked in a serene and clean lakeside of Lakewood Municipality, Zamboanga del Sur, Mindanao, the Philippines.

If this is your first time to hear that there is such a town in the Philippines, let me briefly introduce it to you.

No one exactly knows where it came from or who gave the name “Lakewood.”
Some legends say that it is a name of a military general who first visited the area and called it after his family name “Wood.”

However, another version says that it is the name of a Protestant missionary who brought Christianity to the natives (‘lumad’) in the area living around the lake.

However, until now no one can provide any concrete evidence as to what the origin of the name of this 800-kilometer wide lake really is. The name itself might be significant, or, might not mean anything at all…
Because what is important is what the place can offer and how it is correctly used for all people to see and enjoy with. Additionally, it is important to know how this beautiful place supports the livelihood of the population in the area. 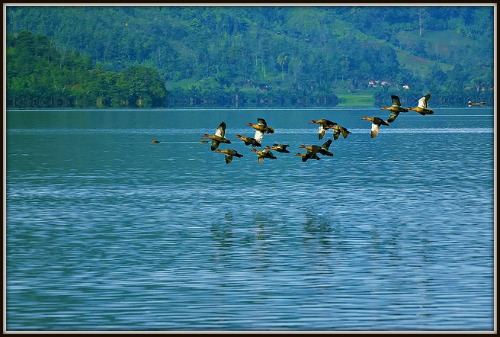 In order to know a little bit more about Lakewood, let’s get to know about who are/were the original settlers of this place. Since I personally know this area, I can tell you about my knowledge about the locals whose indigenous group called the…

Subanon or Suba'nen (tribe) people are the native settlers of Lakewood since before the coming of the lowlanders (Christians and others coming from other islands of the country). Most Subanens used to live around the lake (danao) and depend on the resources from the lake for their subsistence, such as fish, crabs, fresh water shrimps, among others.
Of course, they also till lands and grow various types of plants including yams, sweet potatoes, rice, corn, vegetables and more. Subanens also raise chicken and pigs.

Subanen people are also very adaptive to other water resources, such as rivers and streams. The word “suba” literally means ‘river’ in Visayan language. For that reason, we call them ‘river people’ in that sense. They are masters in catching fish using line, hook, and sinker attached to a young bamboo pole. They can also catch fish and crabs using bare hands or fishnets and traps (called ‘bantak’).

With the influx of the lowlanders, some or many of the Subanens moved to other areas where they established their communities. Until today, Subanen or Suba’anen (or Subanun) people retain their traditional culture, language, customs & practices handed down from one generation to the next.

Just like the other Filipino tribal, cultural minorities and indigenous groups, Subanens enjoy their annual festivities that last for many days, such as the ‘Pintakasi.' Briefly, ‘Pintakasi’ is related to the Waray language that means “Bayanihan” in Tagalog, which refers to a communal activity and celebration. During the Subanen pintakasi, they spend days to prepare their festivities that include traditional dances, eating specially prepared food, fermented drinks, children’s activities, games and more. 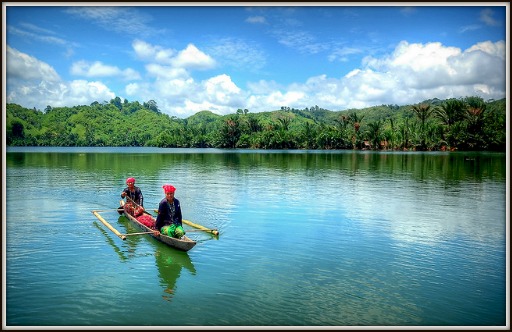 Part of the lakeside has been developed as a tourism site. Local and foreign visitors have been visiting Lakewood (or Alindahaw Lakeview Resort) long before its present development. This place is now nicely named as...

Alindahaw (a Cebuano or Visayan word for ‘dragonfly’ or ‘drizzle’) is a newly established resort that provides swimming pools, cottages, kayaks, children’s playground, gazebo restaurants, pool tables, and other entertainment facilities available to all visitors for rent. 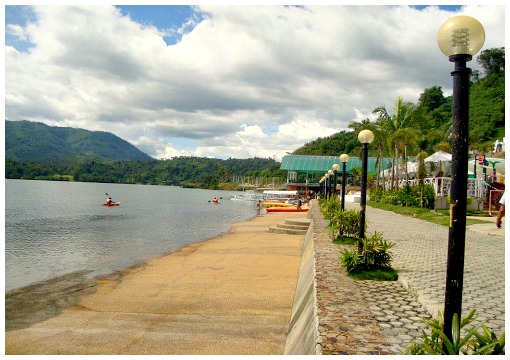 It is being run by local entrepreneurs and some officials who own some shares of lots and piece of land around the lake. It is considered an eco-tourism resort.

Alindahaw Lakeview Resort is located in the area of the lake called Bisuangan. It is the part of the lake where the lake’s water flows out. It is also the area where commuter Bangka (boats) transport people and goods to the town of Lakewood – that is, before the road was built just by the lakeside. 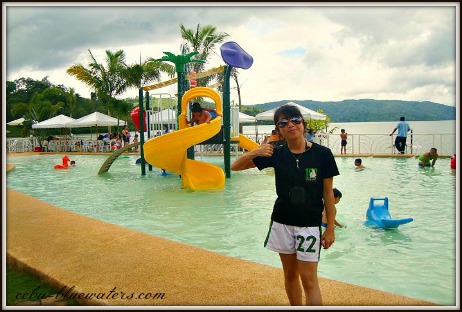 I believe that Alindahaw Lakeview Resort area has been established as the best resort area because the view is much better than from the town’s side of the lake itself. From Alindahaw’s side, you can see Lakewood town with the lovely view of the mountains behind it. People used to describe the mountains at the backdraft a ‘lady lying down on her back’.

Let us investigate a little bit this municipality by going to the what the locals call as the "Poblacion," which is the… 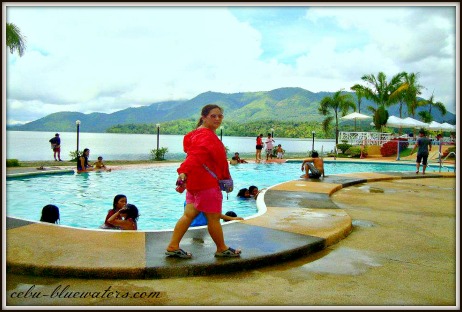 The town proper of Lakewood is a well-organized town with concrete streets, a public market, stores, a clinic, public schools, government offices, and other function halls and facilities.

Lakewood has a population of more than 20 thousand based on the 2015 census. The main source of income among the populace is farming, and some from mining and logging activities.

Included in Lakewood are political units called Barangays surrounding this municipality. There are 14 barangays including: Bagong Kahayag, Baking, Biswangan, Bululawan, Dagum, Gasa, Gatub, Luku-an, Matalang, Poblacion (Lakewood proper), Sapang Pinoles, Sibuguey, Tiwales, and Tubod (the barangay in the junction where you can the turn for Lakewood).

You can say that Tubod (‘spring’ in Bisayan language) is the gateway to the town and Alindahaw Lakewood Resort. Tubod is the most populated and largest among the barangays of Lakewood Municipality. Some popular sites in or near Tubod is the Lily’s Spring and Mainit Waterfall on the way to Gatub barangay.

Now, you cannot just walk around the lake or taking the boat, but also you can see the lake from above through a zipline. It might cost you a bit more but worth experiencing... 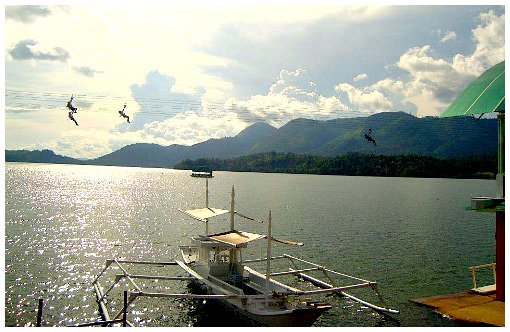 Zipline over the lake of Lakewood

Getting to Lakewood or Alindahaw Lakeview Resort is easy. You can take a direct “van” ride from Pagadian City. You could reach Pagadian by land transports through Ozamiz City or Zamboanga City if you arrived in Mindanao by airplane or ship from various points. 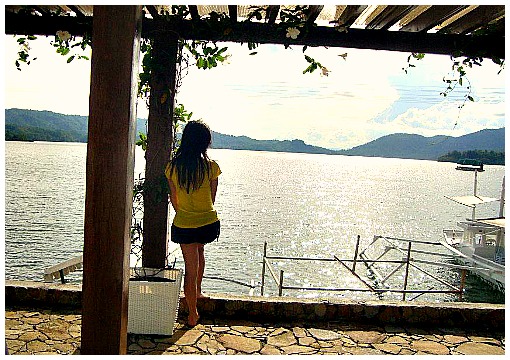 View of the lake in a sunset

Having read the interesting features of Alindahaw Lakeview Resort and the lake itself, you might want to learn more about it and so we provided you some details and a link for your further inquiry.

Hope you have enjoyed this page. Wishing you all the best in your travels.