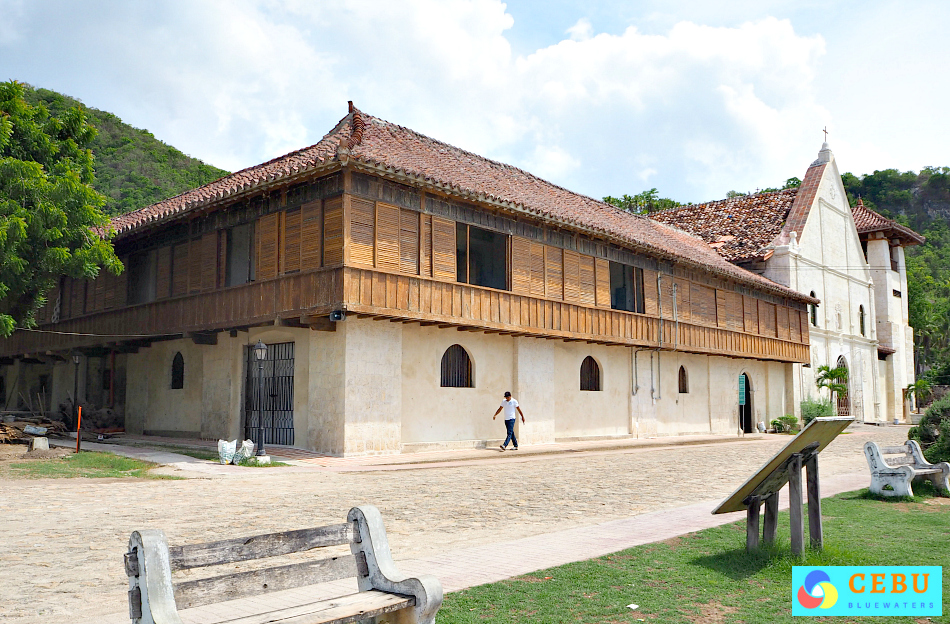 The archaeological excavations conducted in Boljoon, particularly within the Boljoon Church’s grounds, reveal some intriguing historical truths about the people and the situation of the settlement in the early days.

Partially, the finds seem to conclude that the ground of the existing church was a settlement of the early settlers. Some evidence seems to indicate that Bisayan settlers bury their dead underneath their houses and near the coastal areas.

The excavations that commenced in 2007 were the product of the collaborative work of San Carlos University’s Department of Sociology and Anthropology. The following phases were then conducted by more researchers and experts in the field of archaeology. 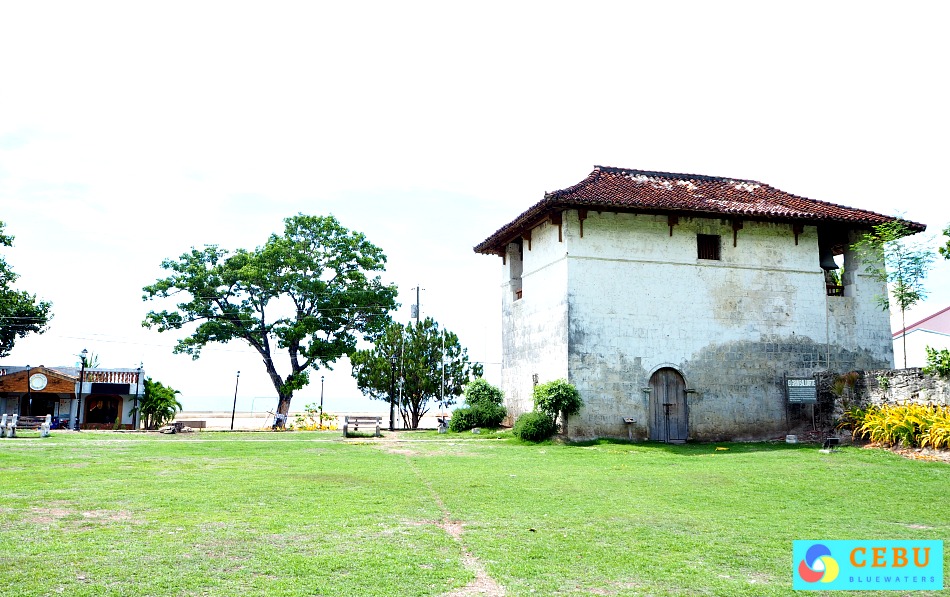 The National Museum of the Philippines has sent to Boljoon Municipality to conduct a series of test excavations around the Boljoon Church. This activity is part of the planned restoration project of the church. Alfredo Orogo, accompanied by a team of architects and engineers, was commissioned to conduct studies in preparation for the restoration of five churches listed as National Cultural Treasures. Among those five listed, Boljoon Church is one of them.

During the test excavation in 2004, workers found some broken earthenware pottery and fragments of human skeletal remains near the church foundations. As an expert in ceramics, Orogo assumed that the church’s ground could be on a pre-Spanish settlement area.

Since 2007, archaeology and sociology experts at San Carlos University (Cebu) pursued excavation activities for months in collaboration with the National Museum. The excavations were conducted on that same grounds of this centuries-old church. Professor Bersales found some interesting specimens such as gold jewelry and unreported Japanese ceramics that existed before the coming of the Spaniards. 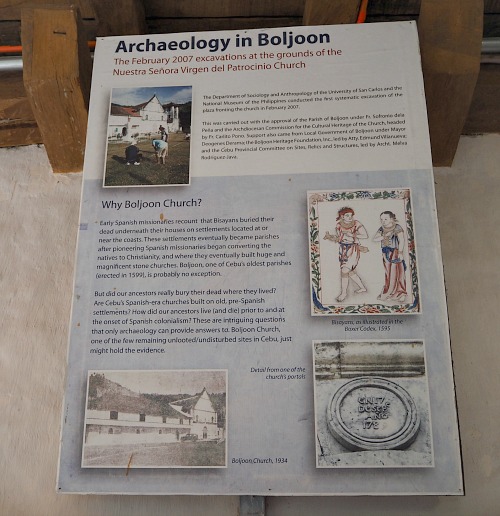 Among the burials unearthed, two of them were found to be of a pre-adolescent (around 9-10 years old) and a young adult who is about 30 years old. Nothing very significant found around the burial of the pre-adolescent except for the pebbles on each side of its hips (probably done ritually). There was no other artifacts or other grave goods recovered.

However, archaeologists discovered that the adult was clasping a bolo properly placed between his/her nose and torso. More, the adult was covered with a Chinese ceramic dish which was believed to be of the late Ming dynasty period or when Magellan landed on the island sometime in 1521.

The burial, believed to be a male, was found wearing brass beads around his waist. Also, they also uncovered broken pieces of earthenware and probably local earthen pottery. Studies continue to determine the gender, age, and possible causes of death of the two dead persons. 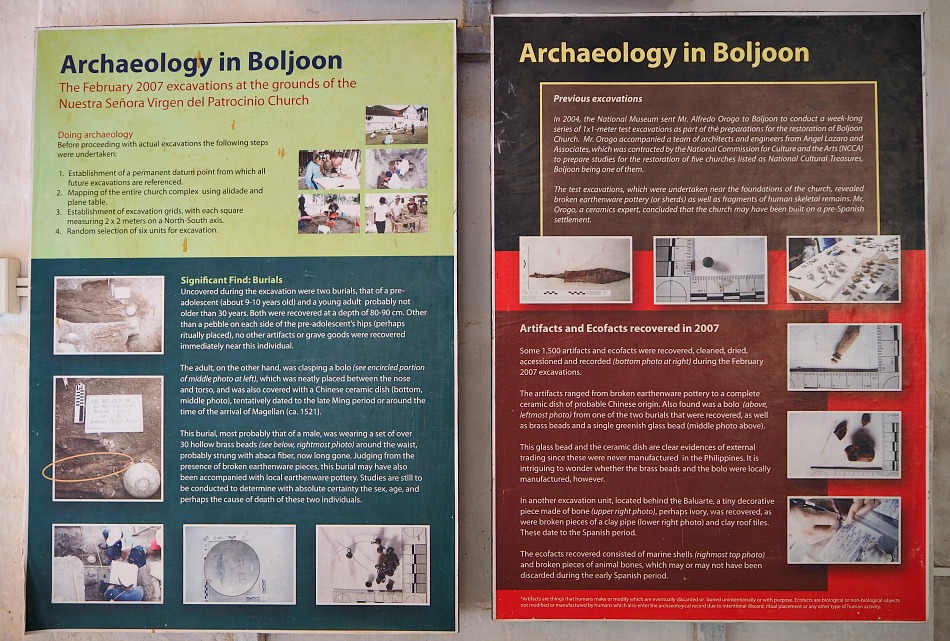 Artifacts and Ecofacts Unearthed in 2007

The archaeologists and teams members counted an over 1,500 artifacts and ecofacts unearthed, appropriately processed, and then recorded.

Aside from the broken earthenware pottery, some ceramic dishes of possibly Chinese origin were among the artifacts recovered. Also, from one of the two burials specifically mentioned above, a single greenish glass bead (and ceramic dish) could be evidence of external trading as such products could not be manufactured in the Philippines during that period. The researchers also wondered whether the brass beads and the bolo were local products.

Aside from the artifacts, the team also recovered ecofacts (not human-made but natural items) such as marine shells and broken pieces of animal bones. Such could be just ecofacts thrown away during the Spanish period. 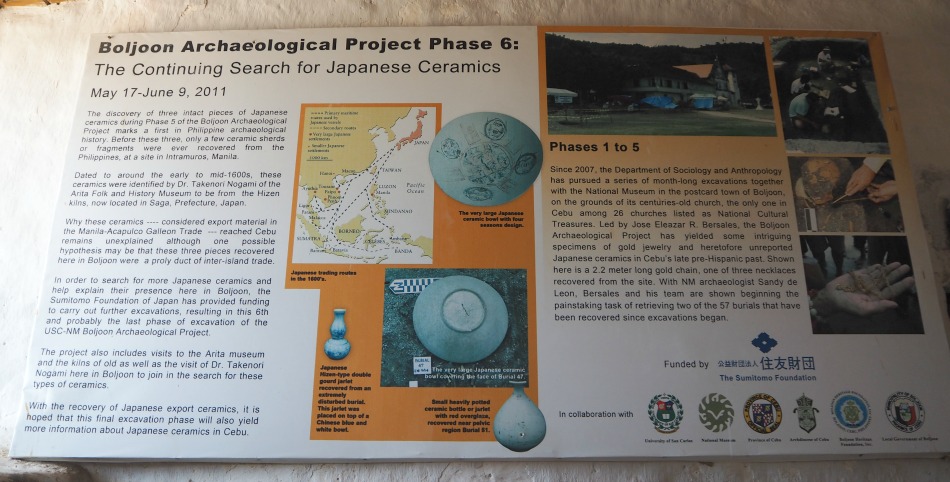 During the last phase of Boljoon Church archaeology project in 2011, the archaeology team continued to search for Japanese ceramics.

The three intact Japanese ceramics uncovered are believed to be the first of its kind. Besides the few ceramic sherds recovered in Intramuros, Manila, the three intact pieces were the first in the Philippine archaeological history.

A Japanese expert (Dr. Takenori Nogami) identified the ceramics to be from the Hizen kilns which are now located in Saga Prefecture in Japan. The ceramics are dated to be around the early to mid-1600s.

Although it is not sure, the researchers believed that these ceramics could be part of the Manila-Acapulco Galleon Trade products that reached Cebu. To pursue further excavations in Boljoon area, a Japanese foundation has provided additional funds to carry the search activities.

Indeed, it is quite impressive to learn more about the historical backgrounds of Boljoon.
Hope you can visit the place someday.

Or, if you have been there already, please say something below. Thanks.