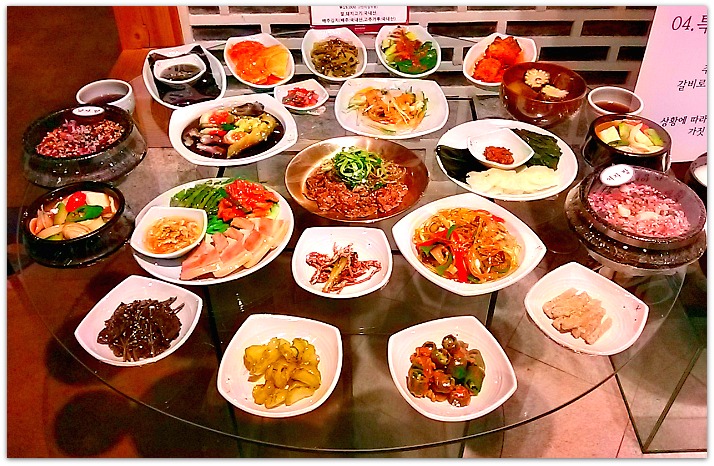 Cebu Korean food and side dishes

With the influx of Korean tourists and residents on the islands, Korean establishments ranging from Korean products to bath houses (mogyok-dang) and restaurants (shik-tang) multiplied exponentially.

In particular, the demand for Korean food has dramatically increased, not only due to the Korean population in Cebu province but also because many Filipinos started to eating Korean food themselves with much gusto.

"There was a distinct flavor in their food that was so new and refreshing to me, although I really can't quite put my finger on what it is. My palate was just so excited with being introduced to a new taste." (pearlwithanappetite.blogspot.com)

That's an interesting comment, right? I haven't thought of it, probably because I've been gobbling (excuse me!) Korean food for over a decade now!

Personally, what I like most about the Korean meal is that there are always veggies, lots of them that go with the main dish – like meats and rice.

I think Korean cuisine is also best for those of you who plan to go on a diet or just lose some of your extra weight (uhmm!). That's actually right because a Korean meals always includes vegetables, which also actually composed almost the whole dish, aside from rice, soup meat or fish. 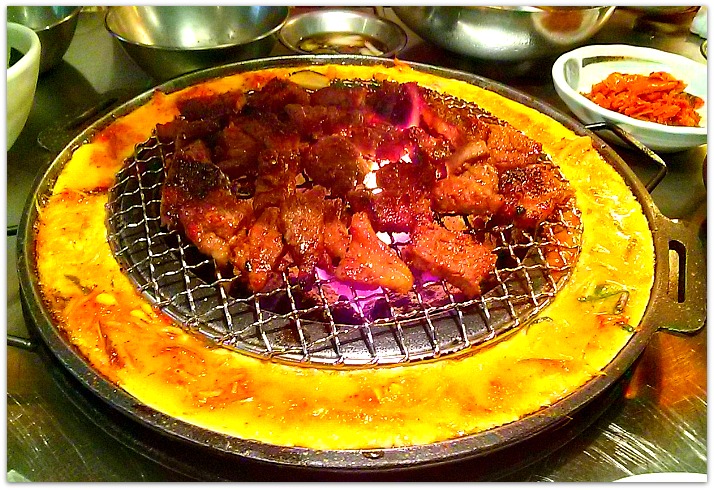 Bulgogi or meat on fire

Okay, let me introduce you some of the Cebu Korean food or dishes (my favorites, actually) you like and might like. Some meat (beef, pork, chicken) dishes include: bulgogi, ttak galbi, galbi, samgyeopsal, bossam, gobchang, makchang, among others.

Vegetable side dishes usually fill up the table in a Korean meal. The most common type is the popular kimchi (fermented or pickled vegetables – spicy and non-spicy). The fresh salads or pickles include Korean radish, cabbage, cucumber, potato, spinach, bean sprouts, scallions, garlic, seaweeds, mushrooms, lotus roots, and more.

Fish and seafood are also common among the Korean dishes. However, the way they are served differs from other cultures. Koreans prefer to eat fresh or raw, grilled, broiled, dried or served with other ingredients in soups or stews.

Some soups and stews are: haejangkuk, galbitang, oritang, maeuntang, seollongtang, miyeok guk, and more. These are great especially after drinking much alcohol the night before. 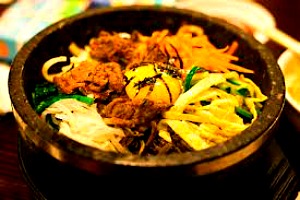 Bibimbap. Yes, this is my favorite and especially a good start for newbies of Korean dish.

That's because it only contains veggies, an egg, ground beef, a bit of chili sauce, sesame oil, rice and other ingredients.

I consider this dish a very healthy one. By the way, since it can be served really hot in a pot, make sure you don't tough the pot! But don't worry if it's served in a bowl. 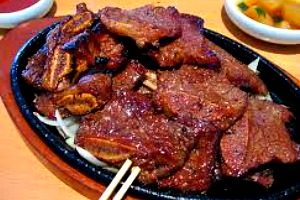 Galbi. This is beef mixed or marinated with various sauces and ingredients including soybean sauce, vinegar, sugar, powdered black pepper...

This has a great taste and can easily be liked by beginners of Cebu Korean food since it doesn't have a very peculiar taste.

My favorite... It could cost you more but as they say, "You get what you paid for". 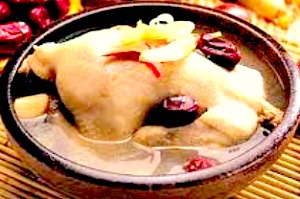 It is a bird - chicken! This chicken soup dish is usually served or eaten during winter time since it can keep your body warm.

And it is also usually served during the peak of summer season.

Koreans think that samgyetang is more than just a food - it's a health food because of its special ingredient - ginseng - among others. 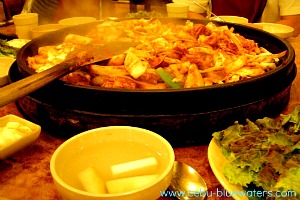 Ttak galbi. This is another chicken dish and is normally served to a number of diners.

I think this is also a very healthy dish because it is cooked on your table with all sorts of vegetables and ingredients - cabbage, sweet potato, scallions, sesame leaves, etc.

Aside from those mixture, you can wrap the chicken meat with any fresh leafy vegetables and top it with soybean paste, a garlic or any among the side dishes.

It taste more delicious with sujo, makkolli and any other beverage. 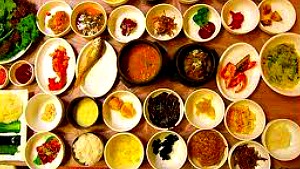 Banchan or side dishes

Banchan. These are the side dishes and maybe the most important part of a Korean meal.

The number of side dishes or its variety depends mostly on the kind of menu, and/or the restaurant you are in.

It means that, for example, when you order bibimbap you can only have few side dishes because you already have the mixture of ingredients on your menu.

Whereas if you ordered a galbi you can have more side dishes since it is only a meat, etc...

Well, you better go and eat Korean food since I can't explain everything it here.

The interesting thing in the way Korean food is being served is that you can prepare or cook the main dishes right in front of you on your table.

So, where can you find Korean restaurants in Cebu? It's all over Cebu province.

That's due not only for its added value of taste and healthiness but also because Korean business people are quite "aggressive" and gutsy in promoting their food and/or anything related to their culture, traditions, values ...

OK, here, you can find Cebu Korean food in places including...

I’m sure there are more in every corner of the island and more coming up Cebu Korean food providers...