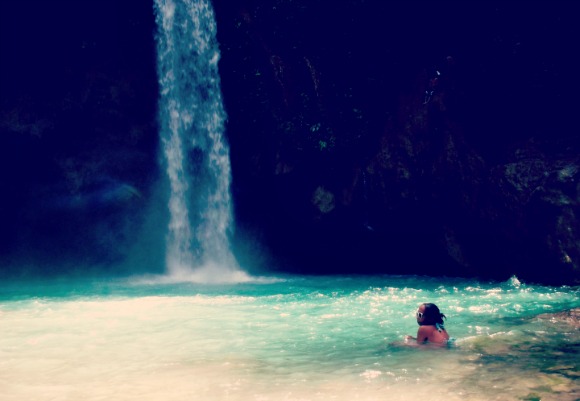 Ginatilan Municipality has an interesting topography as its land formation is high, rolling hills with occasional plateaus and valleys.

The highest mountain range has over 800 meters above sea level, a peak where you have a vantage view of the whole municipality and surrounding areas, aside from the open blue sea.

Its climate is perfect for tropical traveling and exciting adventures.

Ginatilan is considered a fifth municipal income class municipality in Cebu Province, the Philippines. Based on the 2016 electoral roll, it has over ten thousand voters and has only around sixteen thousand residents according to the 2015 census (Cebu Wikipedia).

Ginatilan Municipality covers a land area of almost seven thousand hectares. It is located close to the tip of Cebu Province, which is about 135 kilometers from Cebu City, the capital of the province.

Ginatilan is bounded in the East by Oslob Municipality; on the West by Tañon Strait; by Malabuyoc Municipality in the North.

The Municipality has almost six thousand arable lands, 250 thousand certified alienable or disposable land, over or nearly 15 hectares for residential and none for industrial.

It has national parks and playgrounds but nothing classified as forest/reservation/timberland and wildlife reserve land.

As a Municipality, it has more elementary schools and a few high schools and no college institutions. It has public markets, most of which are located in the central places such as in the Poblacion of Ginatilan.

It has no ports nor airports but has an easy national road, provincial road, municipal road and barangay road, which is the longest.

For communications, the Poblacion has a post office for your packages or snail mails. It has a telephone station. Of course, you can use your satellite phone as most of the residents as using this latest means of communication.

Electricity and water system are provided for to the public, but maybe only accessible in some places but not in remote areas.

Buses are available passing through the Municipality going to other municipalities nearby. There are Jeepneys that travel within and nearby the municipality. Within the town area, you can take other modes of transports such as tricycles, trisikads, and habal-habal.

Ginatilan has no banks but only local cooperatives.

However, you can find money exchanges places in the Municipality’s Poblacion, such as pawnshops. These shops usually provide micro insurance, remittance, bills payment and foreign exchange.

It is advisable that you carry around enough cash to pay for your travel expenses as it will take time and effort to find pawnshops or money exchange establishments.

Ginatilan Municipality and the barrios under its jurisdiction is blessed with various resources that support the locals’ daily living. For those who do not produce their own products, they either work for others to get paid or make something to be sold.

Some of the natural resources include farm and raw materials such as coconuts, bamboos, wood for woodcraft, root crops, corn, among others.

Other who are working for their own small scale business or for others who have skills in carpentry, masonry, welding, furniture making, home-décor-making, and other assorted skills for fashion accessories.

Ginatilan Municipality is proud to have many interesting sites, places, attractions and other relaxing destinations to offer to travelers and guests. Check out some of them below..

Aside from sites and attractions, Ginatilan is also proud and home to some popular products such as the local delicacies – palagsing, tinumpi, and kinugay (made from Buli Tree).

Religiously speaking, the locals, mostly, celebrate an annual festival in March to honor their patron saint – St Gregory the Great. This festival is one of the Municipality’s most important events during the year.

The Municipality became more popular due to the canonization of the hometown’s Catholic martyr and second Filipino saint – St Pedro Calungsod. As a brief background, St Pedro Calungsod was killed during his mission in Guam together with another missionary named Diego Luis de San Vitories in 1672.

Now, if you are getting excited to get there and discover places and experience activities, you can check out the travel tip below.

To get to Ginatilan, head to the Cebu South Bus Terminal and take the one the travels to Bato via Barili. You can either start early by taking the 2 AM bus (non-aircon) or the 5 AM bus (air-con bus).

Buses depart the terminal every hour.

Vans (V-Hire) also travels to the South and run faster than buses but a bit more costly and not very spacious.

Okay, hope this page helps you with your research about Ginatilan. Wish you have memorable and safe travel anywhere your go.