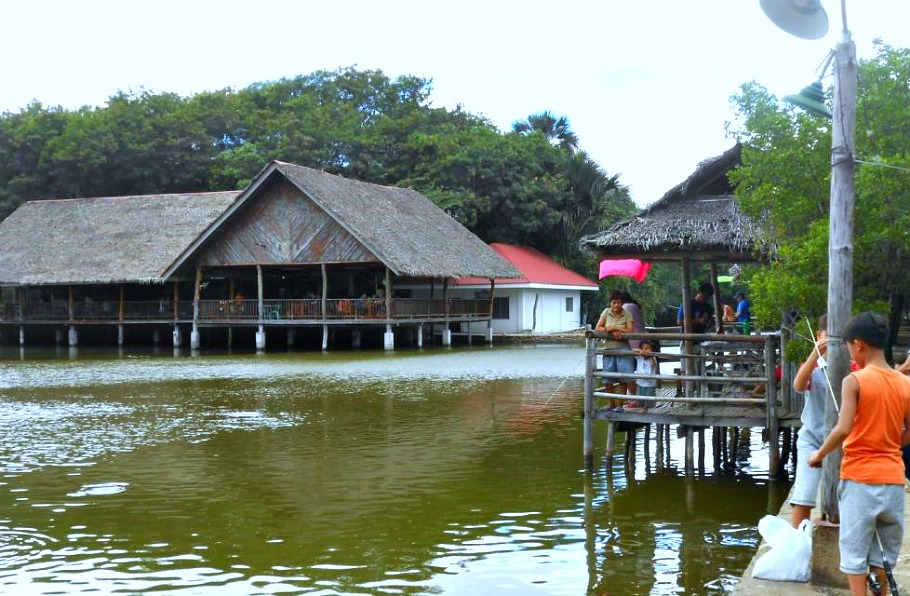 Liloan Municipality is a within the area of Metro Cebu and located on Mactan Island.

Liloan (also written as Lilo-an) is a first municipal income class municipality of Cebu Province in the Philippines.

(Note that there is another ‘Liloan’ in Southern Cebu under the jurisdiction of Santander as a barangay).

The root of Liloan’s name is believed to be coming from nature’s feature of the area. Where Liloan is located, you can find a spot called ‘Silot,' where are whirlpool appears due to the ebbs and flows of the water from the bay.

That whirlpool is called in Cebuano language as ‘lilo.' The word ‘lilo’ is then added with a suffix ‘an,' where you can get the word Liloan, meaning “a place where a lilo occurs.”

During the Spanish period, “Pueblo de Lilo-an” was a separate municipality from Mandaue, which is now Mandaue City. According to a newspaper, Liloan became a municipality in 1840.

Being occupied by Spanish missionaries, the municipality was also believed to be created as a parish in 1845. Thus it celebrated its 150th anniversary in 1995.

Politically, the first mayor of Liloan served from 1845 to 1846. During the Second World War, Liloan had three mayors at the same time – one was an elected mayor, the other was appointed by the Japanese army, and the other one was designated by the guerillas.

The Municipality of Liloan is composed of 14 barangays (or ‘barrios’ in Spanish). These are the following:

The barangays are under the jurisdiction of Liloan especially regarding managing political system and governance.

In Liloan Municipality, you can experience lots of interesting, exciting and relaxing sites, places, and facilities depending on your preferences and needs. Below, you can find examples of your travel or event.

Liloan Lighthouse
The lighthouse in Liloan which is located at Bagacay Point is one of the municipality’s famous and major landmark. It is said that the original tower was constructed in 1857 under the Spanish supervision.

The one that you can see was built early in the 1900 century, which is believed to be ordered by William Howard Taft, the first governor general of the Philippines during the American occupation. (Taft, later on, became the President of the United States).

The current lighthouse is about 22 meters tall and still functioning and recently employing solar energy to support its intended function.

In 2004, the National Historical Commission of the Philippines declared Liloan Lighthouse as a national landmark.

San Fernando Rey Parish Church
This parish church is the main church of Liloan Municipality. The church was built in 1847, during which the municipality had only five thousand residents but was able to construct this massive church.

Liloan’s church is bigger than its neighbor’s church – Mandaue City.

One particular and strange feature of Liloan Church is that it faces the West, while most of the churches face the East. It was thought that this was done so that during the morning mass, the priest and churchgoers will not be facing the hot sun, while others theorized that it has something to do with the church rites.

You can go and see it for yourself then.

This is not meant to promote a particular market or store, but only to mention that something is really special about the following…

These two popular snacks play relevant history that put Liloan on the map among one of the to-go places in the Province.

Rosquillos are small ringlet cookies that are being baked and sold since in the early 1900s. The name ‘Titay’ (from Margarita) came from this woman who in her early age started baking this cookie.

One story says that it was President Sergio Osmeña who named this nameless biscuit into ‘rosquillos’ after the Spanish word ‘rosca,' for the ring in English.

The business flourish as tourists and locals stop by to buy and enjoy its taste.

Rosquillos has now added another array of homemade delicacies which also become popular among visitors and locals. The delicacies include Torta, Mamon, Monay, Otap, Chicken Pork Adobo ( called CPA), Bao-bao, and others.

Having a historical significance to the municipality, Rosquillos is being promoted through an annual festival in May to coincide with the town’s patron saint – St Ferdinand III.

Aside from Rosquillos and other tasty delicacies, Liloan Municipality is also famous for its ceramics manufacturers and ceramic products. If you are visiting the area, you can purchase some as gifts or for your personal use any ceramic variety including plant pots, jars, home decors, bricks and more.

The good things about going to Liloan is that it is not far from the province's big cities - Cebu and Mandaue. Here are some of the places you can explore...

If you can find the time and willing to invest the effort to explore and enjoy Liloan Municipality, make use of the following guide.

getting to liloan municipality

If you are already in Cebu City or somewhere nearby, you can any take of the following vehicles.

Thank for reading to the end. Hope this has helped your search.
Have a great day then!