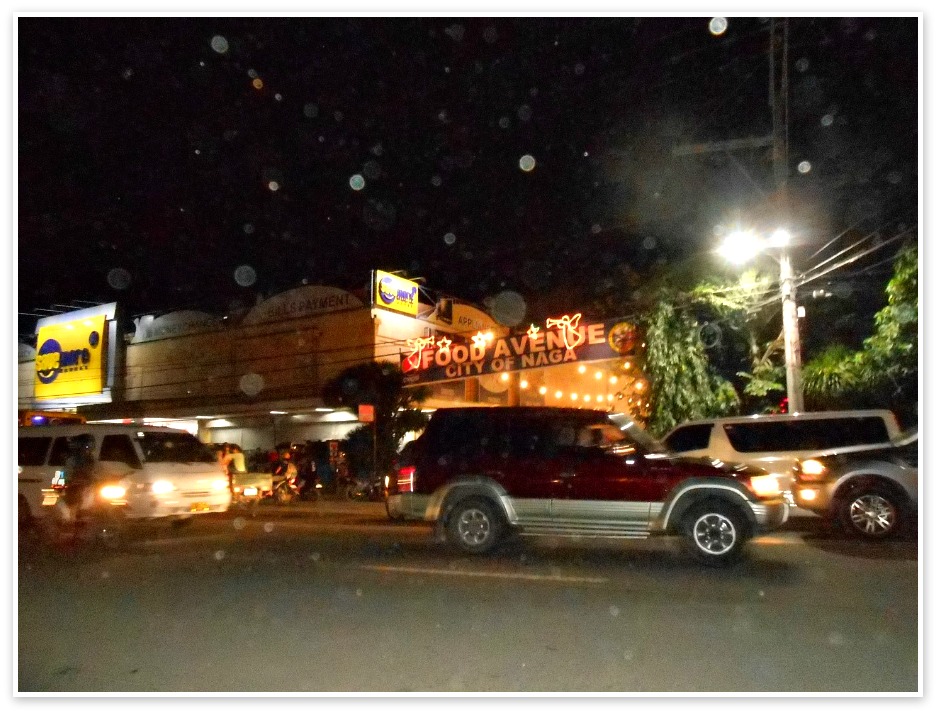 Many are the ways to feel that Christmas spirit is in the air like Christmas songs are played in the department stores and over the radio. People are busy buying gifts for their significant others or for exchanging gifts purposes.

In our respective homes, the Christmas tree is assembled in a corner, accentuated with the Star at the top most portion of the tree and with tiny decors tied on the branches. To some, the Belen and the twinkling, colourful Christmas lights are displayed at the veranda. Sometimes these series of lights are assembled in such a way to form a figure.   That is when you know Christmas is in the air.

In every town or city, the local government units vary in how they make the holiday season lively and colourful.  Putting up Christmas lights is one way to make the town or city alive.  Some are placed along the highways and some, in the public squares similar to what Naga did, the neighboring town of Minglanilla.

Naga used to be a municipality. I recall that Naga, many years ago, had been tagged as a town where the  “aswang” live.  There was even a joke that if you want to go to a certain place, you can use the broomstick of a witch that is found in Naga.  But that story only remained a tale because Naga now is an industrialized city in the southeastern part of the Province of Cebu.  In fact, Naga has been declared a city by the Congress of the Philippines on September 2, 2007 after having complied with the requirements of cityhood as mandated by the Philippine laws.  Factors to be considered in becoming a city are: population, area, and income.  Now, it is officially known as the City of Naga, Cebu.

When I saw the posts of my friend on Facebook exhibiting the lights in Naga, the urge to go was compelling because they were so attractive to watch.  So, on a Sunday, nearing sunset, I went to the City of Naga.  The display of lights was overwhelming.

I took my first photo as soon as I got off from the public vehicle, the Church of St. Francis of Assisi.   It is situated along the road right across the City Hall of Naga.  From the church, I crossed the street moving towards the plaza.  Many people were sitting on the bench, taking their time people-watching, conversing and laughing with friends, or family. 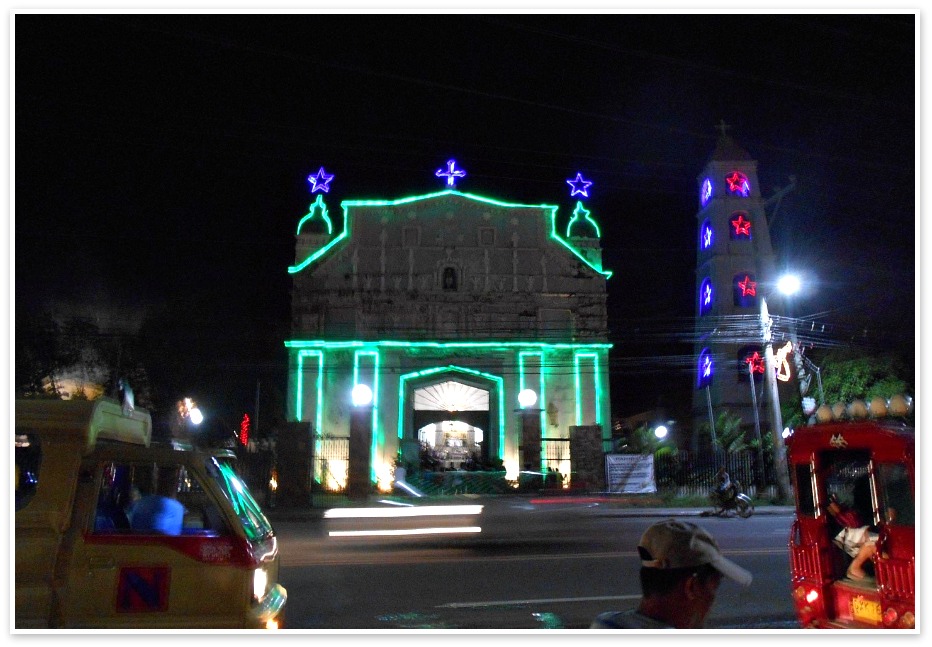 At the back where I stood in taking this photo is the public plaza of the City of Naga. Feeling like a child, I was excited to wander around the park to take shots of the lights which are found in every corner of the plaza. 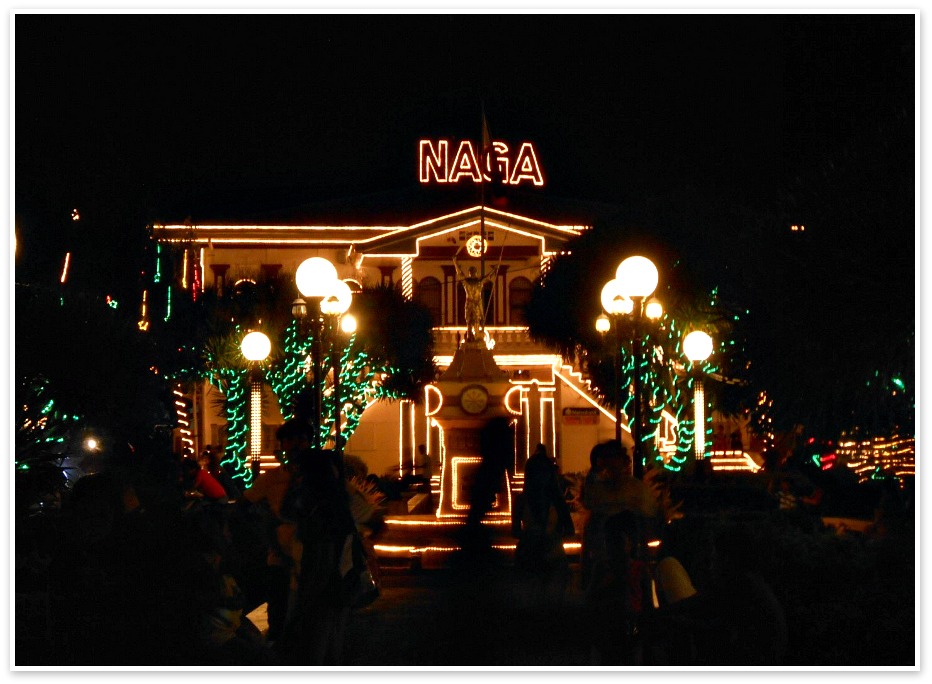 I moved closer to this building to get a better picture of it. There I found another being also taking her shot.  “Hindi ako nag-iisa” just as I thought.  You can’t resist your impulse from clicking your phone camera to capture this scenario as it is astonishingly beautiful to watch and keep it in your photo gallery. 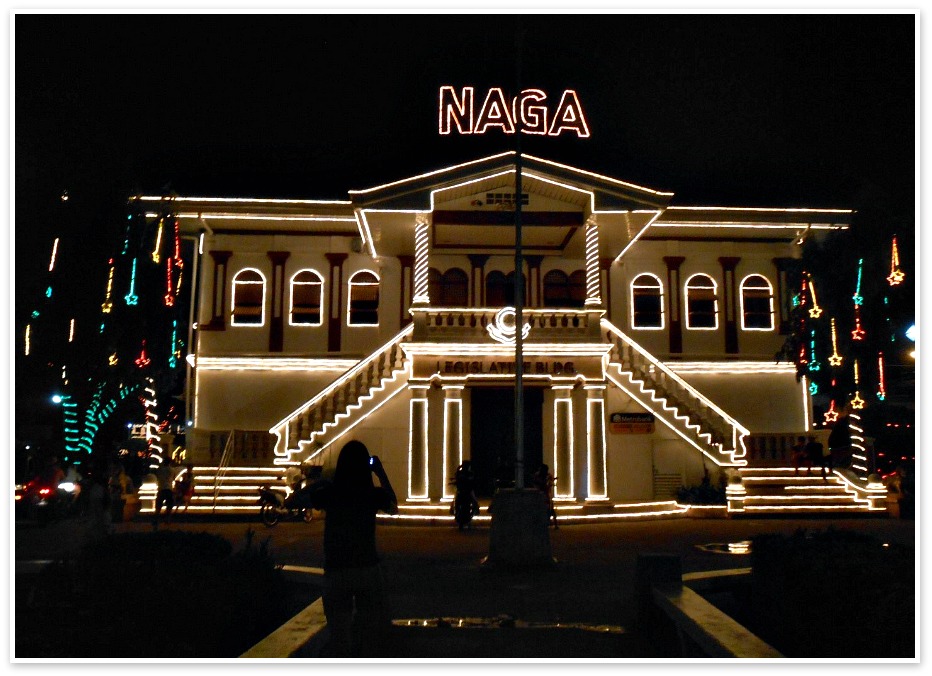 The Cry of Balintawak Monument.  History tells us that Andres Bonifacio led the revolt against the Spaniards.  As to the relevance of this monument in Naga, that I still have to find out. 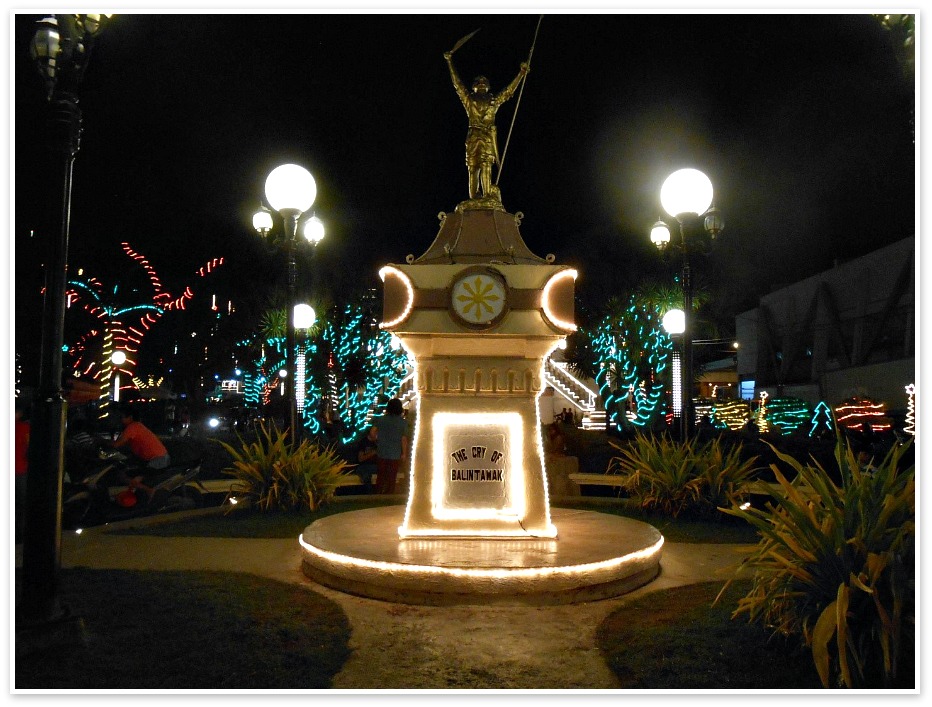 Then, I walked towards the back of the building and I was delighted by this Christmas design placed near the seaside.  Indeed, the City of Naga is celebrating the holiday season with PASKO SA NAGA as its theme.  Notice the total darkness at the background.  Only then can you appreciate the light when there is total darkness. 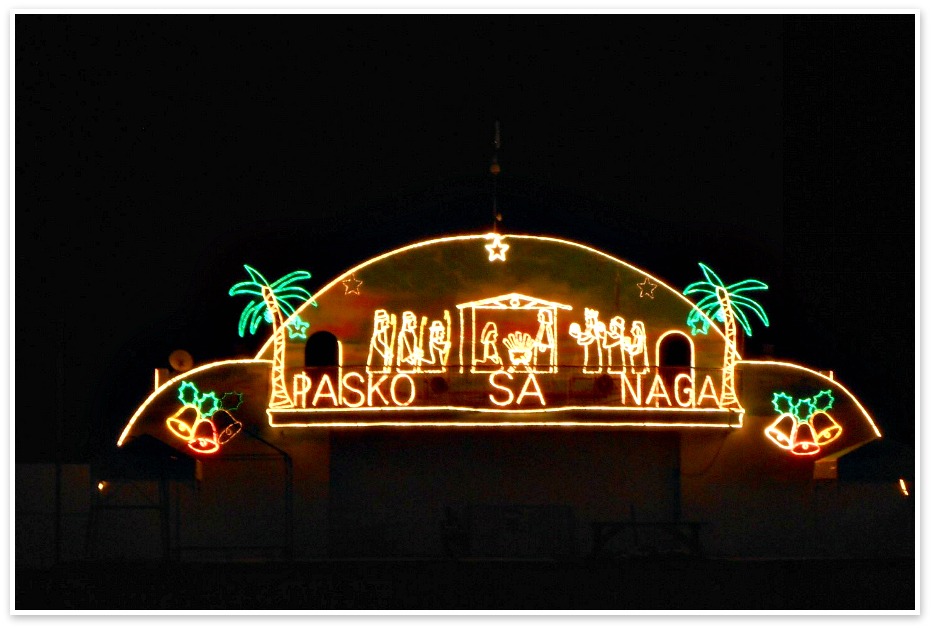 Power plants like KEPCO-Salcon Power Plant and the oldest cement factory in Cebu, the APO Cement Corporation sponsored a contest—the Belen Contest—to the residents of Naga City putting Christmas lights on the base of the design for emphasis at night time.  The various designs specifically depict the company’s nature of business, and you may choose your favourite in thought. 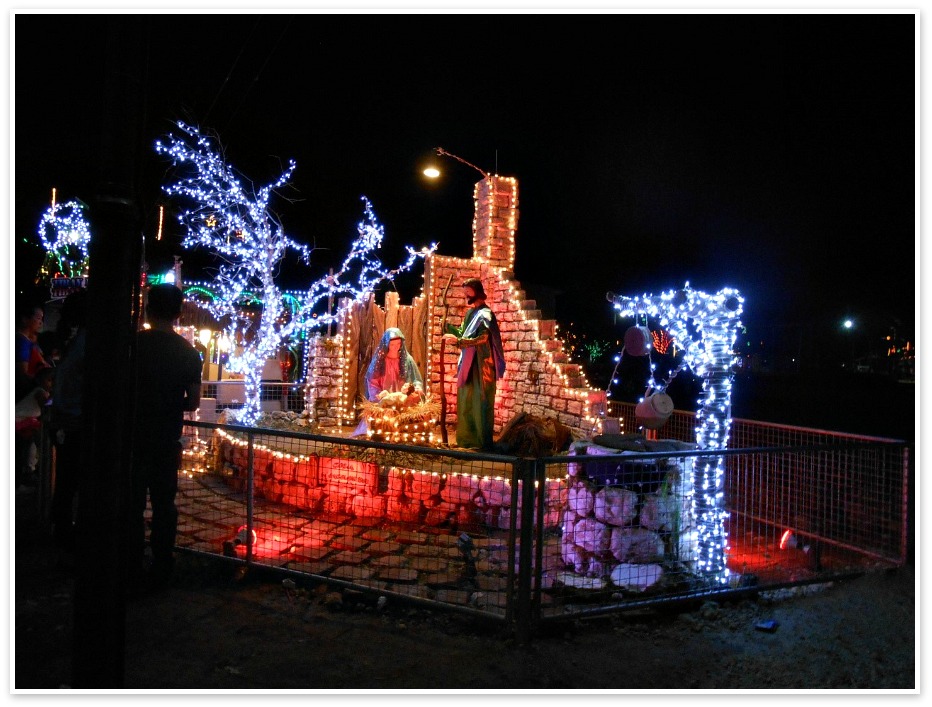 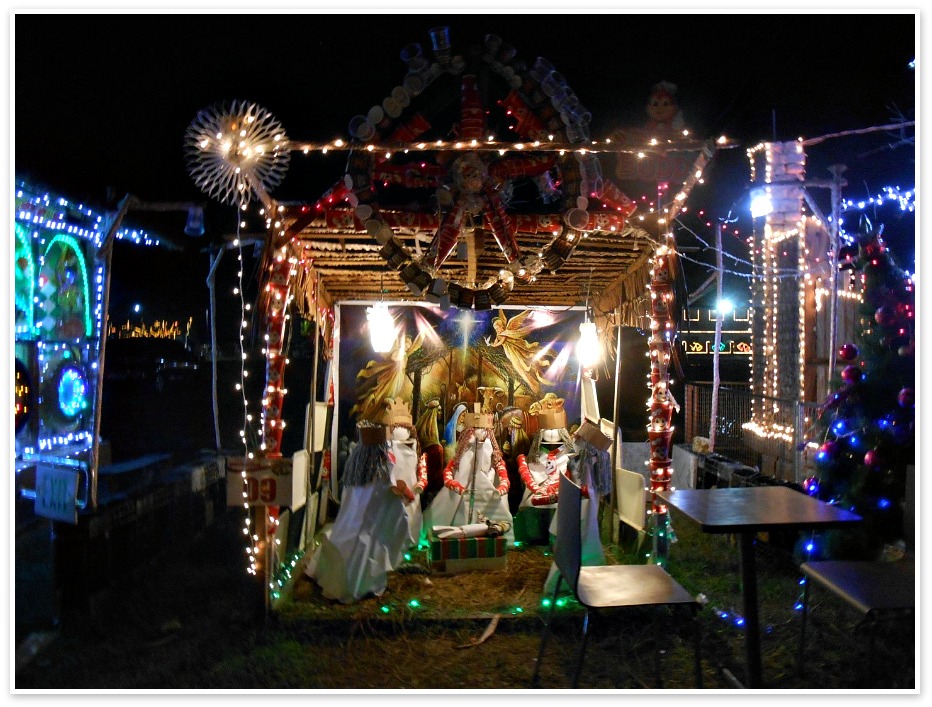 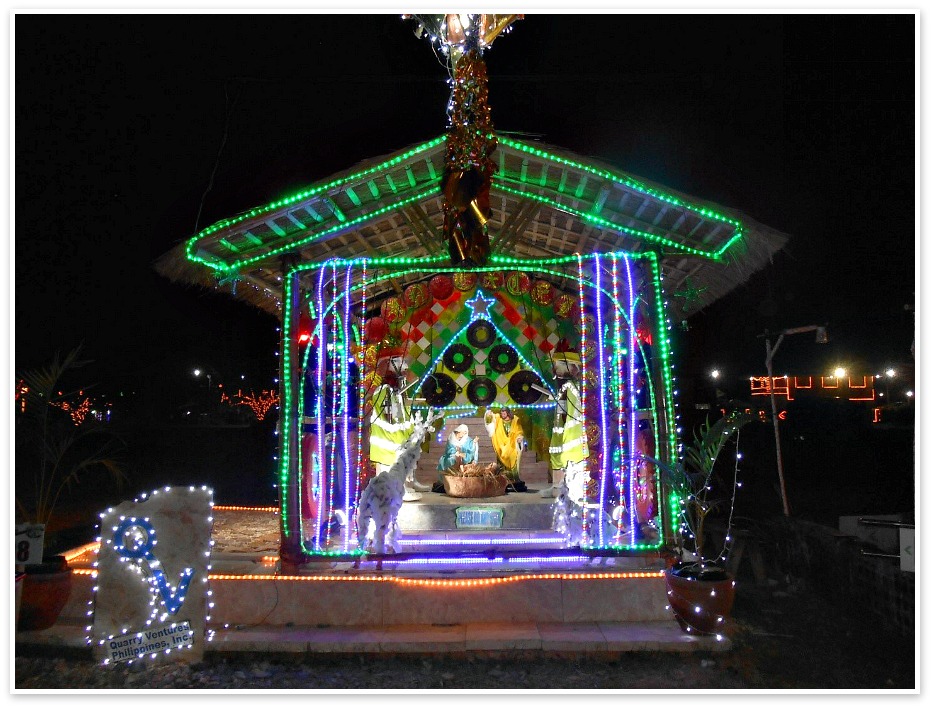 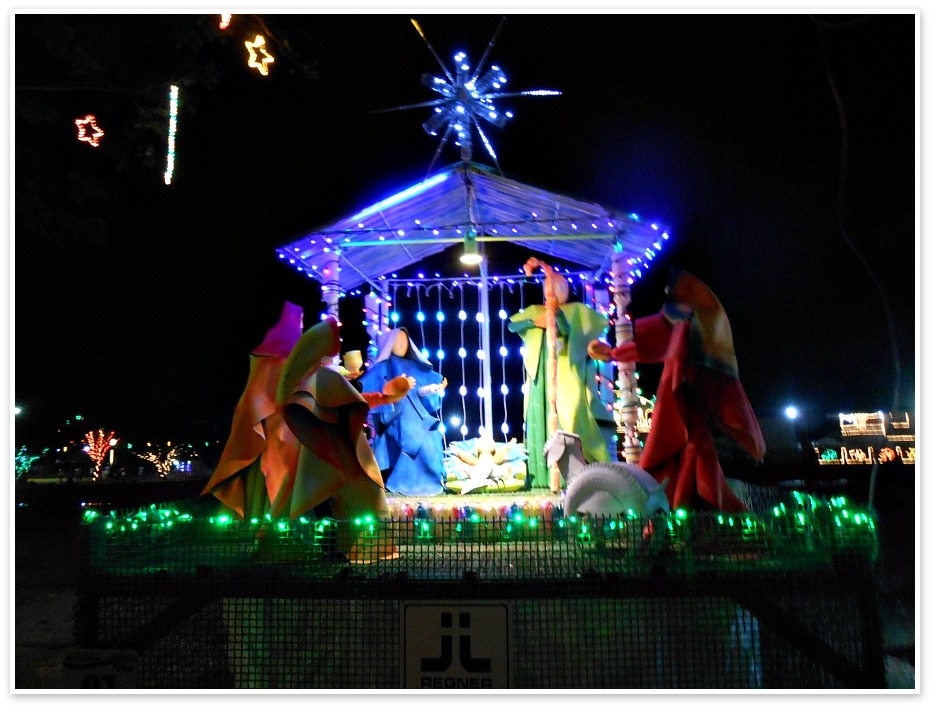 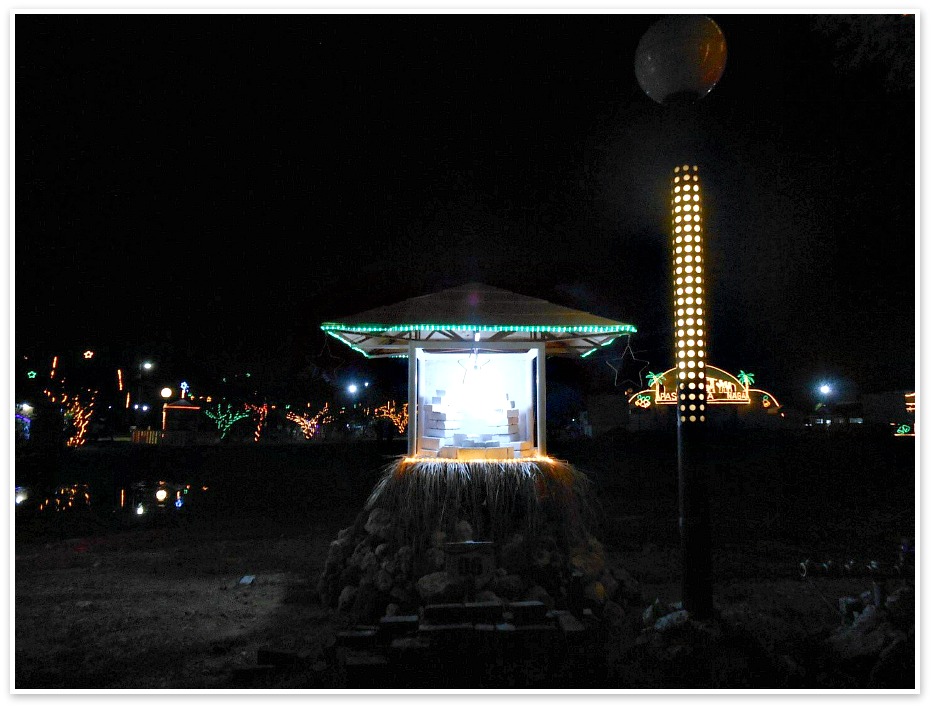 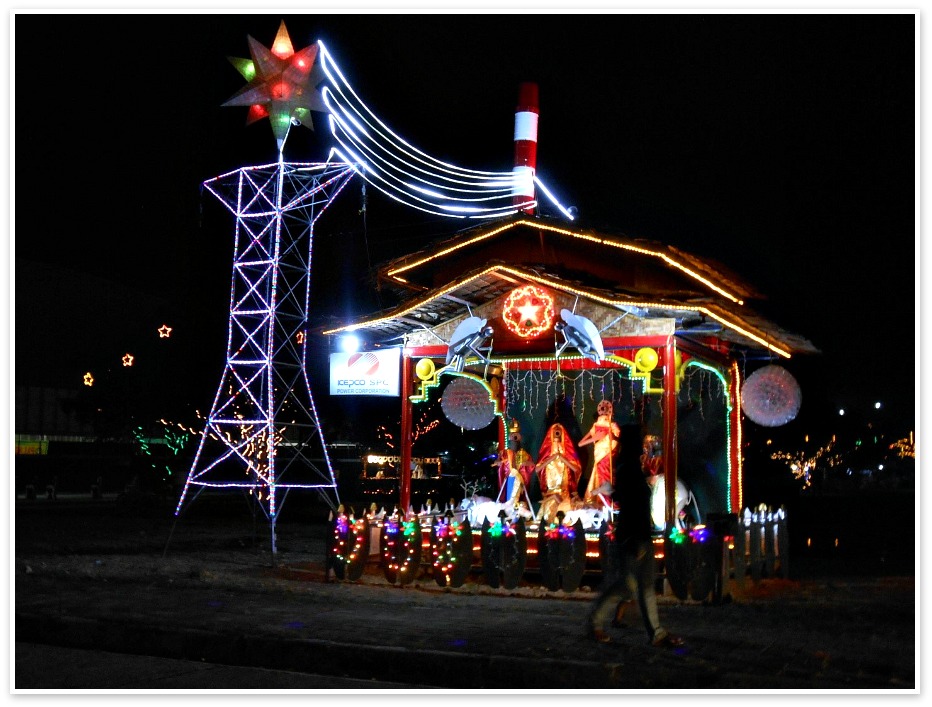 There are more displays in the open field but I think these are enough to showcase the different designs of Belen put up by the participating business establishments in Naga for the contest.

Although in the past, Naga has been famous for its lightings during Christmas but this time, it has become livelier since it has gained its cityhood status in year 2007 owing to the investors that came to establish more businesses in this city.  As there are more investors flourishing in the City, it certainly follows that it has gained more income ideally for the betterment of its community. This is evident in the photos taken recently showing the beautification of the plaza.

[the Man-made Bridge in the Park] 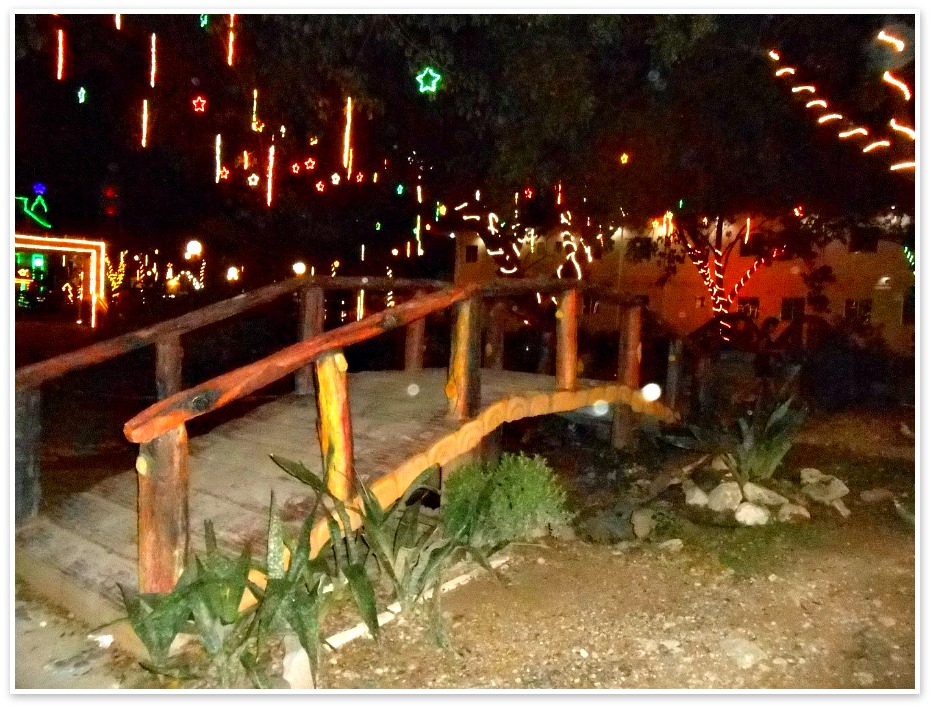 [the Gazebo in the Plaza] 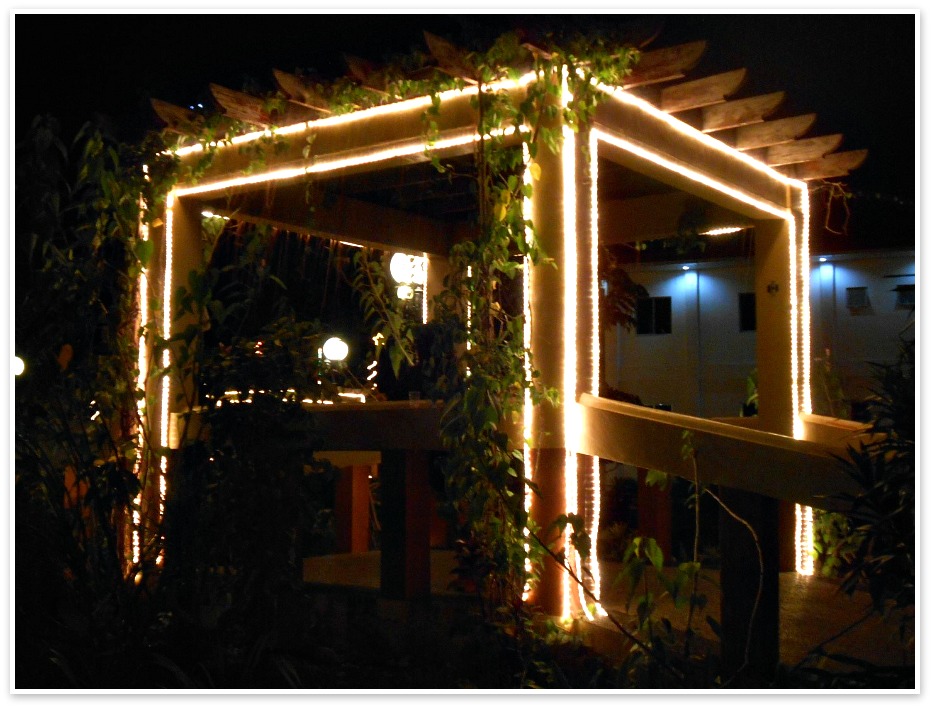 To promote the Province of Cebu, featuring towns or cities in the internet is one way of making it known to the world that there is one small city in the southern part of Cebu which deserves recognition for providing the Naganians a better place to enjoy the Christmas season where they can treasure a selfie or groufie portrait with their family, friends or partners.  So that, when this moment departs, they have something to remember in the years to come.

When the night falls in the plaza of Naga, the light becomes a magical beauty in the heart of the dimness.

Hope you enjoyed the photos! Visit and see them next year!