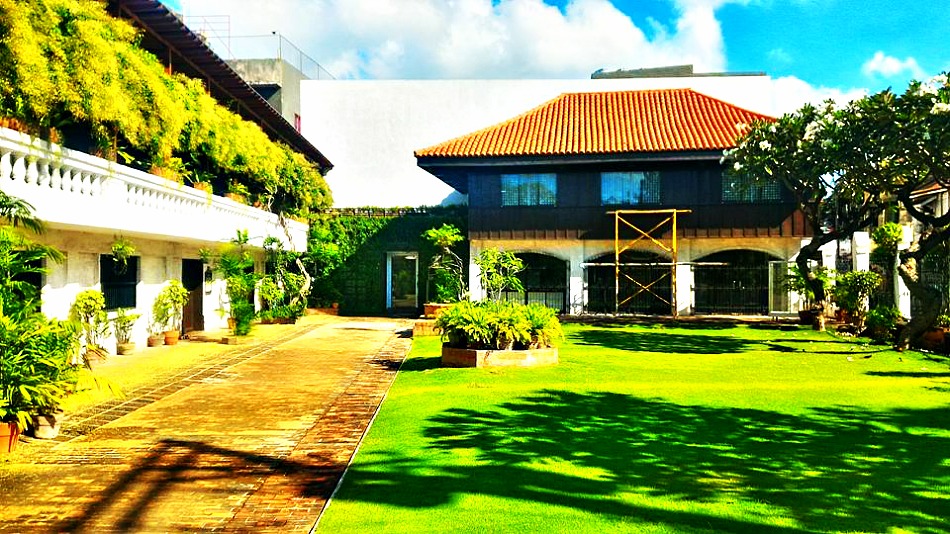 Cebu Casa Gorordo Museum was originally a house built in the mid-19th century by Alejandro Reynes Y Rosales. During the Spanish era, the Parian district was the most prestigious area and home to many prominent families that time.

Later on in 1863, Juan Isidro de Gorordo a spanish merchant bought the house.

Four generations of the Gorordo family inhabited the building from 1863 to 1979.

Casa Gorordo is one of the three oldest houses that witnessed the Spanish colonial period.

It has now turned into a lifestyle museum that features several kinds of antique furnishings, altar pieces, relics and paintings that gives you a glimpse of that period. 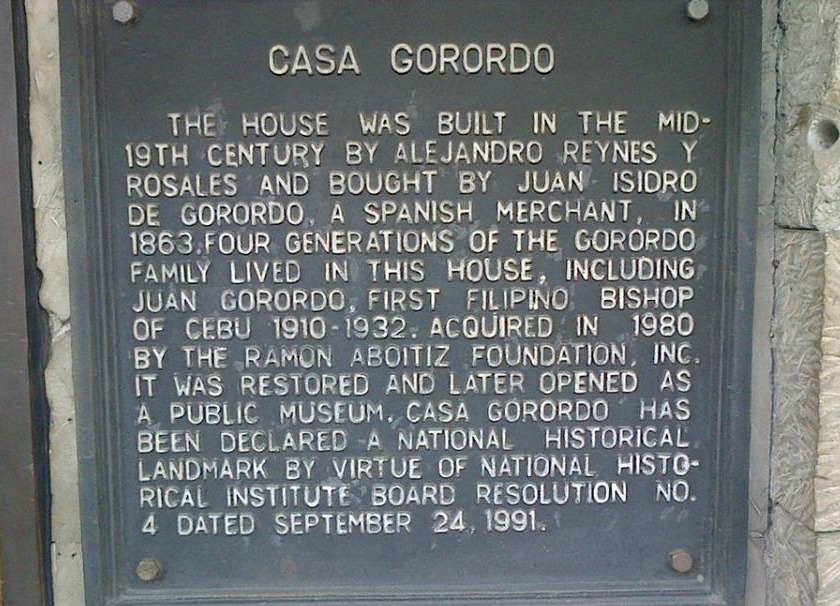 Casa Gorordo’s lower floor served as the storage space. Massive and tough coral stones were used to build the house, which is a typical architecture during theat period. The roof were made of tisa clay (terra-cotta) that weighs 1 kilogram each piece, more or less.

The second story is where you can find the antique furnitures, books, relics, costumes and some memorabilia.

Having Spanish and native influences, Casa Gorordo abide the principles of feng shui, due to Chinese ancestry of Gorordo matriarch, Donna Telerafora.

Casa Gorordo is also known as the house of the firs Filipino Bishop (Juan Gorordo - 1862-1934) of the Province of Cebu. For these background, Casa Gorordo gain the respect of many tourists and people of Cebu.

The Aboitiz Foundation Inc. purchased the house in 1980, renovated and was opened to the public in 1983 as a museum. The preservation of this cultural heritage in ongoing and can be supported by anybody by visiting the museum itself.

By virtue of the National Historical Institute Board Resolution Number 4, on September 24, 1991, Casa Gorordo has been declared a national historical landmark.

For some important details before visiting Casa Gorordo, you should know the following...

This museum is a popular place for local visitors and mostly students who want to learn a bit of background on the Spanish influences to the local culture and history in general.

Hope you enjoyed this page. Please, find out more about this place by visiting it and see its exhibits showcasing the century old materials inside the building.