Quirky Cebu Gaba Beliefs...
"Can words really cause you harm?" 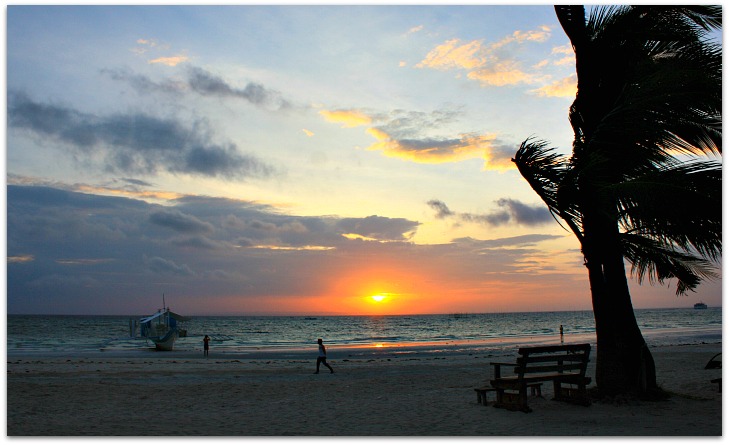 Gaba is a belief that something negative will befall on someone who commits a wrongdoing or any socially unacceptable behavior.

Gaba is different from karma, in a sense that karma could be good or evil, according to Hindi tradition. Gaba, as most studies suggest, stems from the pre-Spanish animistic belief of native Filipinos.

Although it is not compatible with Christian belief it is deeply rooted within the Cebuano (or Filipino) psyche.

So, it means that gaba is not coming from a god or godhead but from the spirits of nature. Gaba is also different from panghimaraot (curse).

“Panghimaraot” (maldicion in Spanish) is supposed to directly inflict evil thing towards another person, while gaba can happen according to the bad thing one has committed towards others or things.

the belief in gaba system

Some sayings in Cebuano provides evidence about the principle of gaba. Some are just casually used by most people. Some may not believe it but just in case, they they something that protects them from being afflicted by gaba.

Examples on the existence of this belief include the following...

According to some studies, gaba is one reason why some Cebuanos are complacent despite the oppression, abuse, or injustice they are going through. It is their hope that someday their oppressors will have their sins paid for.

Buyag is another form of superstition that stems from animistic or traditional beliefs not only among Cebuanos but also to most Filipinos.

It is their way of understanding natural occurrences, especially on somebody for which they don’t fully understand what the main causes are of the medical/scientific explanation of such an occurrence.

One sign or effect of a ‘buyag’ is a physical illness on someone who is afflicted by it. One of the main reasons for ‘buyag’ to occur is that the person afflicted did not ask the permission from the spirit living in a particular place where the person did something.

Another reason is that the person afflicted did something disturbing in a place which is secluded or enchanted – where some spirits live in that realm.

Some results caused by buyag could be both mild or serious…

This person is thougth to have some special skills to heal by using indigenous medicine combined with his seemingly extra ability to communicate with spirits in another realm. ‘Buyag’ can afflict both young children, babies, and adults.

Sources or Causes of Buyag

Actually buyag can come from the spirits who live in some especial places, or it can be caused by someone who made a comment to someone. The comment or greeting could be the greeting-inducer of a malady.

For example, the verbally-induced malady (or ‘buyag’) can come from a greeting or comment as benign as saying…

Such greetings should be countered with a special expression so as not to be afflicted by a mild sickness or even a malady. You can say: “Puyra buyag” (means – “Buyag go away”). It could be related to the loanword in Spanish: “Fuera” buyag.

Usog is usually dignosed in most children (or babies) than among adults. Usog is commonly associated with flatulence (‘kabag’ in Visayan); or, commonly called “fart”.

The most common symptom of “usog”, if obviously abdominal (flatulence, nausea, vomiting, distention, tympany), or sudden distressful crying. This can be caused in reaction to a greeting or comment by another who may had said a sickness or malady inducing statement, which could be similar expressions that causes ‘buyag’ as mentioned above.

So, to counter ‘usog’ one can simply say “Pwera usog!” (Fuera usog), which can adequately prevent this illness to occur. However, if the signs of ‘usog’ is already in existence some form of ritualistic therapy must be done.

A parent of the child can apply any indigenous plant (a leaf , for example – bayabas (guava)) to the child’s afflicted area. Or, a medico or ‘arbularyo’ should be called in to perform both the therapy and prayer rituals saying “Pwera usog” and/or “Pwera buyag”.

In addition, the ‘arbularyo’ may include the use of ‘bulong’ or two whispered prayers to the afflicted child/person. The results could be dramatic, abate the sickness, and make everyone feel relieved and happy again!

Hope this Cebu gaba beliefs and other traditional customs give you some idea about some interesting historical backgrounds of the island and its people...