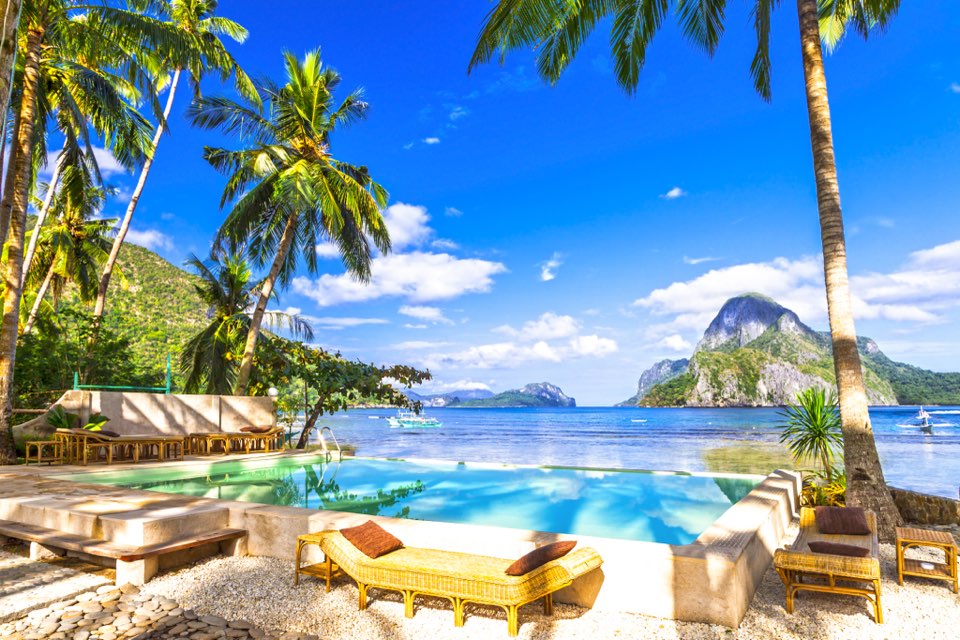 A beautiful beach view and surroundings in Palawan, the Philippines

Palawan is the Philippines' largest province. Its intact ecosystem is home to untouched forests, beautiful beaches, and unpolluted waters offering a dazzling array of marine life.

With over 1,780 islands that stretch from the Mindoro Strait down to the tip of Borneo, Palawan is the ultimate adventure destination.

Puerto Princesa is the capital of Palawan. It is the most ideal place to stay when exploring central and southern Palawan.

There are several excursions which can be carried out as day trips from Puerto Princesa. A three-hour drive to the Subterranean River in Sabang is de rigueur when visiting Palawan.

The river runs through a limestone cave, which is the longest navigable river-traversed tunnel in the world.

If snorkeling or island hopping is the adventure of choice, a day trip or an overnight stay at Honda Bay won't disappoint you. Agencies and hotels in Puerto Princesa offer packaged tours around Honda Bay. 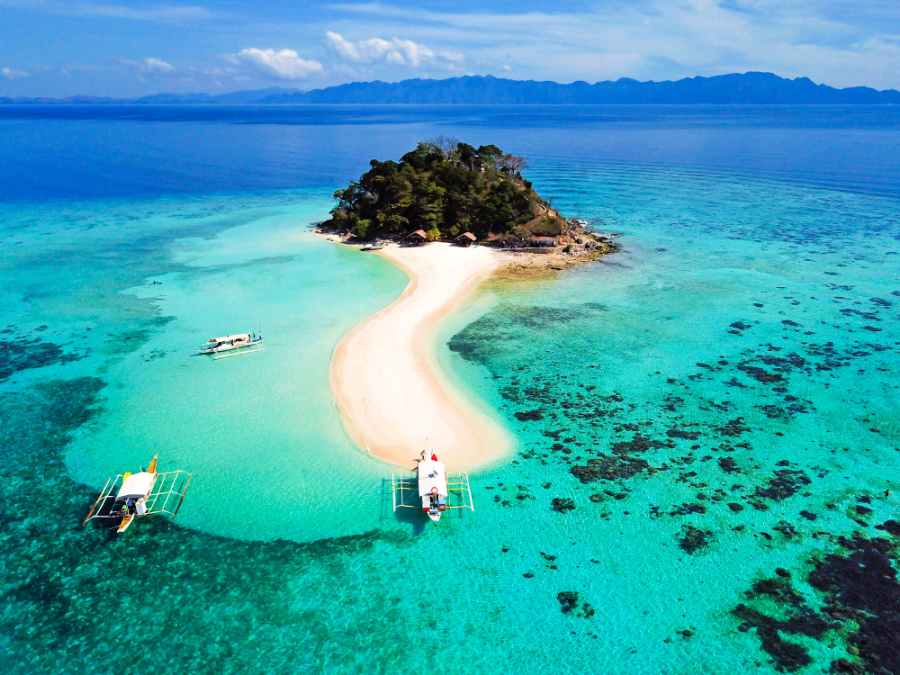 The south of Palawan does not have as many attractions as its northern area, but it has caves and waterfalls worth exploring.

The Tabon Caves is a vast network of caves where forty-seven thousand-year-old human remains have been found in prehistoric burial grounds. A thirty-minute boat ride from Quezon can reach the caves.

The best places to visit in North Palawan are the Bacuit Archipelago and Port Barton. Port Barton is a town nestled on a beautiful beach that boasts of stunning sunsets.

With its serene and secluded atmosphere, it is an excellent place for families. The Bacuit Archipelago consists of uneven limestone islands that emerge from the waters of Bacuit Bay.

It is the best place to do some exploring on a Bangka, or snorkeling in the vibrant coral gardens, or having a picnic on a deserted stretch of beach.

The Calamian Group is like a small version of Palawan, complete with all the main attractions that Palawan has to offer:
pure, white-sand beaches,
virgin rainforests,
relaxing accommodations, and
spectacular dive and snorkeling sites.

On top of that, the Calamian Group is home to some attractions that the rest of Palawan does not offer: Coron Island's scenic lakes and wreck diving in Busuanga Island.

There are more than ten wrecks around Busuanga, which consist of Japanese warships and merchant ships that were taken down by American planes during World War II.

The impacts are found at varying depths, which provide diving opportunities for both beginners and seasoned divers. Coron Island has two main attractions: Lake Barracuda and Lake Kayangan.

Lake Barracuda is popular with divers due to its uncommon fresh, salt, and saline water levels. It can be reached by a tough twenty-five-meter climb over a rough wall on the island.

Lake Kayangan has three magnificent arms that reach to the rugged, jungle-covered areas of Coron Island. It can be accessed by climbing a steep mountain wall.

Palawan is truly a rare gem. Every traveler should at least visit Palawan once during his or her lifetime. With its unique biodiversity, unspoiled forests, and beautiful beaches, Palawan is the Philippines' last frontier.