Camiguin island is a “pearl-shaped” mass of land with over 230 square kilometers in area. The province is being inhabited by more than 80 thousand islanders (2007 census). This special island is endowed with natural beauty – mountains, endemic flora and fauna, and sea (beach) - that attracts visitors both local and foreign. 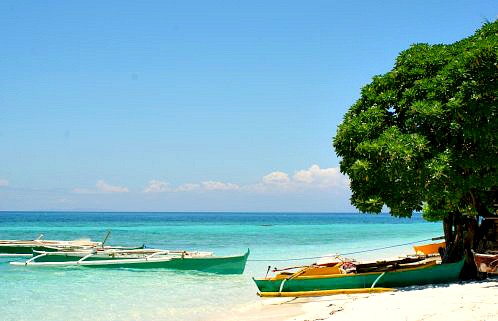 Camiguin is known as the “second smallest island province” in the country, after (Batanes Island in Luzon). It is located just about 10 kilometers off the northern coast of Mindanao Island. The capital of this province is Mambajao, the largest municipality in the province.

Politically, the province is subdivided into five municipalities, namely: Catarman, Guinsiliban, Mahinog, Mambajao, and Sagay. These towns are then subdivided into a total of 58 townships called “barangay”.

What’s In A Name

It is said that the name “Camiguin” comes from the local word “kamagong”, a species of hardwood that grows in Surigao del Norte province where the early inhabitants of Camiguin island came from.

These early inhabitants belong to the Manobos, an indigenous group of Surigao. The close similarities between Manobo language and Camiguin local language (Kinamigin) may be a proof of that island’s original name.

Camiguingnon or Camiguinon, as the Camiguin people are called, speaks Cebuano (or Bisayan) and Hiligaynon, while a few remains to speak Kinamigin, the native language of Camiguin. Kinamigin speakers mostly settle or can be found in Sagay municipality.

Locals of Camiguin can also speak English, since English language is being taught at school as a required language and as one of the languages used as medium of instruction.

Pilipino (or Tagalog) and English languages are the major languages being used, although there are more than 80 languages and dialects are spoken by locals throughout the country.

Camiguin island is also known for its four volcanoes. They are great for hikers and trekkers alike who loves physical challenges and scenic natural environment.
The four stratovolcanoes include...

Mount Vulcan – born in 1871, known as the “Old Volcano” but ironically the youngest;
Mount Timpoong – the largest mountain and is the highest peak in Camiguin
Mount Butay – known also as Mount Uhay, nestled between Mahinog and Guinsiliban towns

Mount Guinsiliban – southernmost volcano and the first you can see coming from Balingoan Port as you head towards the island.

White Island. As its name implies, its name owes to its white sand that entices visitors. It is accessible from Agoho, about 3 miles West of Mambajao town.

Mantigue Island, a bit far from Mambajao (about 14 kms.) can be reached from Mahinog. It is only about four hectares but glows in a distance at day time because of its powdery white sand. It only takes 20 minutes by a motorboat to reach Mantigue.

It is also best for divers and snorkelers to observe corals, fishes, sea turtles, and everything under the sea.

Thanks to the sleeping volcanoes, Camiguin provides visitors great hot springs. The famous of which is called…

Ardent Hot Spring. It is constantly bubbling with hot mineral water and is conveniently located at the foot of Mount Hibok-Hibok.

Tangub Hot Spring. This is a hot spring situated close to the shore where you can see the Sunken Cemetery. It is so close that high tide can partly cover it. Divers love to inspect this spring and observe the critters and life under the sea world.

Sunken Cemetery. If you ever wonder how this cemetery came to be what it is now, don’t be. The explanation is simple and natural.

This cemetery ironically got buried under seawater when Mount Vulcan was born (from about 1871 to 1875) burying some areas of Bonbon town to below sea level.

To commemorate and mark this sunken cemetery, a gigantic cross has been erected in 1982.

Katibawasan Falls. This medium size in height falls (since it’s not so high, only 250 feet) is located 5 kilometers southeast of Mambajao. Katibawasan Falls is proud of its natural beauty being surrounded by native plants including green ferns and orchids. Dipping into the cool water from a long hike of the island can truly refresh one’s tired muscles and mind.

Tuasan Falls. It is located 6 kilometers northeast of Catarman. You’ll be enjoying the beauty and scenic view of the place before even reaching this falls. The water is deep and clean, a great place to enjoy outing with everyone.

Being an island, Camiguin Province is known to be blessed with plants and animals endemic only to this island. Flowers, animals, insects and other species found on this island are but some of its great treasures and reasons for one to not miss this it.

There are at least four vertebrate species thought to be endemic on this island:


This giftedness of the island would only be very interesting or exciting to you if you were one of those flora and fauna gigs – biologist, etc.

That means if you flew to Cagayan de Oro City (Lumbia Domestic Airport), you can take a jeepney (or taxi) to the downtown and take a bus at Agora Bus Terminal (eastbound) to Balingoan Port (2 hour-ride). And, finally, cross the sea by ferry, then you’ll be in Camiguin Island in no time.


Cebu Camiguin: Other ways of getting into the island…

Yes, it’s not very convenient but you will be rewarded by what you’ve come for – the island and everything in it. 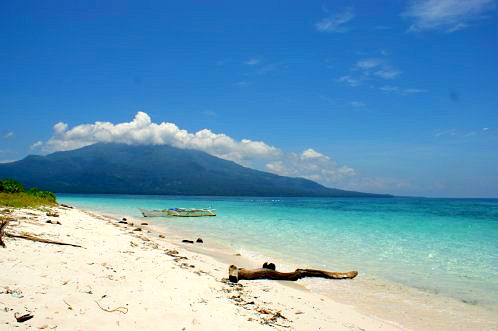 As most great things are, you’ll have them only when you have patience, determination, or any of such values to spend…

Anyways, enjoy your travel to this amazing Camiguin Provincial Island.