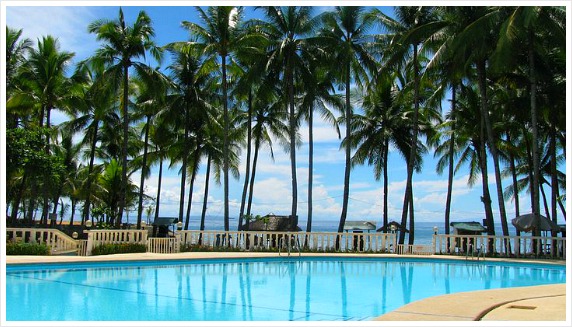 Compostela is Cebu Province’s third municipal income class municipality. Based on the 2015 census, Compostela has almost 50 thousand residents and about 30 thousand registered voters according to the electoral roll in 2016.

This hilly and mountainous municipality is within the Metro Cebu area. It is very accessible to Jeepneys and short distance service provider vehicles.

Compostela is characterized as having a distinct wet and dry season. The type of soil is sandy loam and clay loam.

Compostela is famous for day-trippers who travel to Stakili Beach Resort, The Concord or the Q Park.

Barangays
When you are traveling to one of the barangays mentioned below, you should know that it belongs to or under the authority of Compostela Municipality. If you are not a local or non-Filipino you might find the pronunciation a bit challenging.

Now, that you knew your barangay and tried a couple of times pronouncing it, let’s check out a bit of Compostela’s history.

The Spanish conquistadores established local government units on the Northern side of Cebu in the 1840s. That part of Cebu is known today as Compostela, and farther North is Borbon Town.

It was known that Compostela was among the early barrios of the old Danao which is Danao City today. It was also believed that a Spanish friar who came from Compostela Spain gave the name of the barrio Compostela.

Along with the naming of the barrio, the alleged friar brought the image of St James the Great and became the patron saint of the barrio chapel.

When the population of the small barrio grew, the Spanish religious leaders decided to elevate the chapel into a church level. Without much trouble it seems, the Catholic church was built on that same location in 1866. Yes, it is the same structure that you can see or have been going to at present in Compostela.

When the Americans came to the Philippines in the 20th century, they finally defeated the Spaniards and sold it to the former for a few hundred pesos through the Treaty of Paris.

Under the American occupation, all local governments have been reclassified and reorganized which resulted in the secession of Compostela to Liloan.

Compostela became a municipality in 1919.

When the Japanese Imperial army entered Cebu and occupied Compostela town, they were vehemently resisted by local male civilians and guerillas. The biggest of this fight is the so-called Battle of Guila-Guila on March 5, 1943.

The said battle costs so many casualties among the Japanese invaders that they eventually retreated and finally gave up the Province.

Yes, it has a national, provincial, municipal and barangay roads. The last one is the longest road network but not  very much accessible in some places.

Compostela has a few high schools, more elementary schools, and no college. The huge public market is the one in the Poblacion – the main town. Multi-purpose building, recreation courts, and centers.

Transportation System
The most common type of public transport and numerous one are the omnipresent Jeepneys. You can get to Compostela by a Jeepney from Cebu City or other places. Buses only go through the main roads.

Within the town and barangays, you can take the single motorbikes (called habal-habal), tricycles and trisikads.

Taxis are also available if you want to get there much faster.

Communication System
Of course, the most common tool is the cell phone, but local phones can also be accessible in very select places.
Some snail mails are available and the central post office is located in the Poblacion.

you can easily find miscellaneous stores anywhere or where there are houses nearby, or they are attached to their houses.

Restaurants (carenderias), cafeterias or street food can be found especially in the Poblacion.

Of course, you can also purchase for home products, constructions and for personal use items in places including general merchandising, service and repair shops, tailoring and clothes shops, meat and fish shops, bakeries, appliance centers and electronic stores.

There are some raw materials which are being sold not only locally but also to other areas or even exported. Some raw materials are coconut, vegetables, corn, fruit trees and root crops, bamboo, rock phosphate, and buri.

If you want to know a bit about Compostela, why not try visiting or checking out the sites and facilities below...

Certainly, there are much to see and more to do in Compostela when you get there. Let me know when you find some of them that we did not mention above.

Have an amazing day!