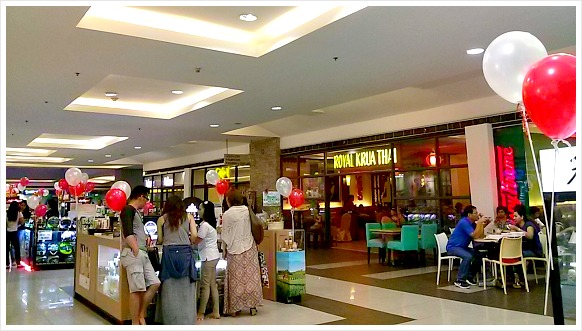 The municipality now was once a component barrio founded in the 1870s with over ten thousand population. As a barangay, it was part of the Mandaue City – a municipality back then. A few years later, Consolacion became a separate town but was not able to keep up its independence, and so it reverted to Mandaue.

Of course, if you know, it is now a municipality on its own and is quite moving towards greater economic development as a busy town and district. It is quite urbanized, and most people are working in the nearby cities including Mandaue, Lapu-Lapu and Cebu City.

Consolacion is only about 12 kilometers from Cebu City, the provincial capital. The municipality is bounded by Liloan Municipality on the North, and by Mandaue City in the South; by Mactan Channel on the West and by Cebu City in the East.

The municipality has over 70 thousand registered voters based on the 2016 electoral roll and has a population of over 130 thousand according to the 2015 census.

Consolacion Municipality has 21 barangays under its jurisdiction. The second to the smallest political units (the smallest being the ‘sitio’) are the following…

If you are traveling to Consolacion for leisure or business, make sure that you are going to the right place by checking out if your destination is among them.

Consolacion returned to its independence as a municipality in 1920 (Wikipedia) after a successful petition by the governor. The locals were so grateful that they changed the original name to Consolacion after the Spanish governor’s daughter’s name.

They locals also picked San Narciso as their patron saint, a name similar to the governor’s wife. The first church was built right after the Casa Real, or the municipal hall was finished. The church was made of local materials – wood, nipa leaves, and bamboo.

The current church and the third one was built before the Second World War.

The first municipal hall by destroyed by a typhoon in 1892, the second was destroyed by the Japanese, and the present is the third one.

About 70 percent of the total area of Consolacion’s town is on elevated or highland mountains. It has an irregular contour, and the highest point is only about 500 meters above sea level.

The municipality is moving towards greater development with several medium size manufacturing industries. It is building housing projects and subdivision facilities that usually cater the relatively high-income bracket of the population.

If you are familiar with castanets, then you might be surprised that Consolacion made it famous. Consolacion is believed to be the originator of the dance called “Miligoy de Cebu.”

This dance should be performed by a couple of dancers during special events such as weddings, baptism, social events and other social celebrations.

Sarok Festival
I had certainly tried this hat when I was little. Yes, ‘sarok’ is a hat made of bamboo and dried banana leaves and being worn by Cebuanos to protect themselves from the scorching tropical sunlight.

Sarok Festival used to be celebrated annually on 14th February, but now in October, to commemorate the municipality’s foundation anniversary. This festival is a mardi gras with street dancers wearing colorful saroks.

As an economically growing municipality, Consolacion has available road network for almost all types of transports.

It has a shorter national road, provincial road, and municipal road. However, it has the longer barangay road as it is the one that links all the barangays together.

The municipality has malls – SM Supermall and SM City Consolacion – where most locals buy their daily needs or simply relax inside the air-conditioned structure built with various entertainment facilities including movie houses, restaurants, shops and more.

You can also find number recreation centers and courts in the towns and in the barangays.

Public and Private Institutions
Compared to other municipalities in the province, Consolacion offers more education facilities on various levels.

It has almost twenty elementary schools, over ten high schools, vocational schools and even a college institution.

However, for those who are seeking for better teaching method and higher standards, some parents prefer to send their kids to the cities for higher education, such as Cebu City or Mandaue City.

The most common transportation to get there is the Jeepney. You can catch them quicker, and they are available all the time. You can also take a taxi or a bus to get there from Cebu City.

As a municipality located on the national highway, you can take a bus that travels to the Northern, Eastern and Western part of the province.

As a travel destination, you will find Consolacion attractive and exciting. Below are some of the destinations for both active and relaxing places and sites.

They are just examples of the many destinations for your free time.
Thank you for visiting this page and hope this helps. If it does, please share or like – thanks!

Have a safe and memorable travel!