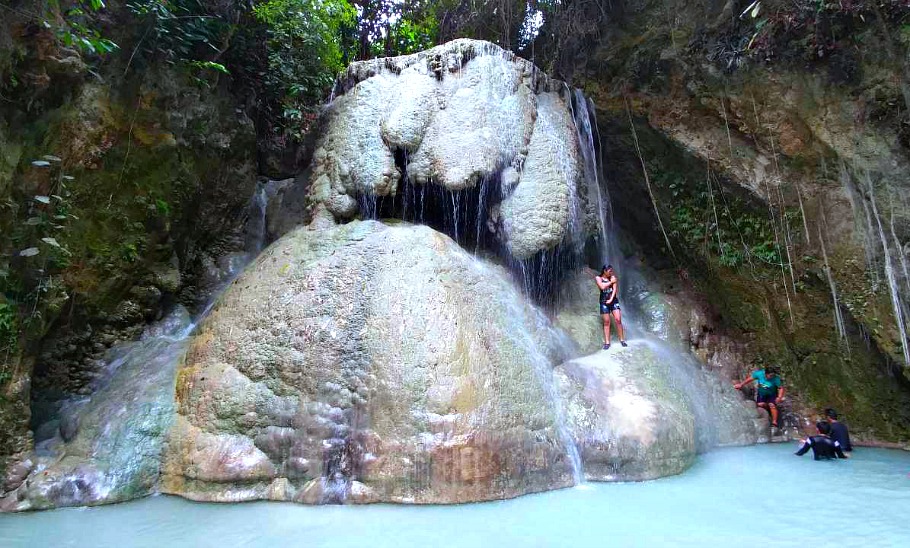 Samboan Municipality is on the southern tip of Cebu Province, the Philippines. It is around 93 kilometers south of Cebu City. The current population is over twenty thousand and over half of the residents are registered voters.

According to the Cadastral Survey (source: DTI Samboan), the Municipality has a total land area of over six thousand hectares. There is over four thousand hectares that are arable, some residential and commercial areas.

The municipality has no forest, reservation, timberland, wildlife reservation land. It has no unclassified forest land and wilderness either.

However, it has a few hectares designated as national parks or playgrounds.

Generally, Samboan Municipality is hilly and has high mountains scattered on the Western half. The climate is categorized as having no heavy rainy period and has only short dry season that lasts from one to three months.

Samboan is very much accessible through the national highly from Cebu City. The municipality itself has a national road, rural road, municipal as well as barangay roads. It has ports for small water vehicles but no airport.

It has elementary schools (most barangays), a couple of high schools but no college. A public market is available in the Poblacion, some multi-purpose buildings, recreation courts and centers for the public.

You can get to Samboan by bus from Cebu City or anywhere in the province. From Cebu City, you need to take the bus that travels through Bato Municipality.

In case you want to post a mail or package, there is a post office available in the town and possibly in some barangays. 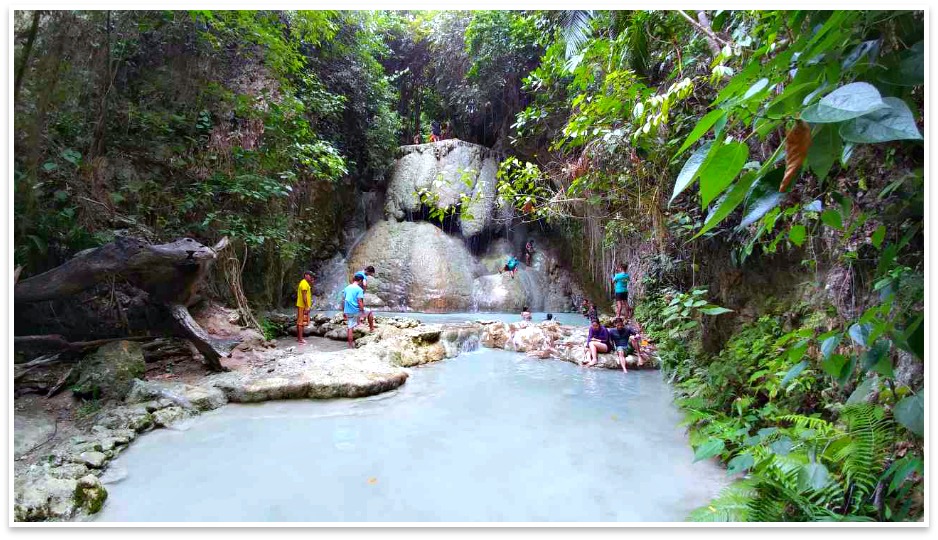 It is believed that ‘Samboan’ is a shortened term for “sinamboang,” a ritual dance is performed by the villagers (Wikipedia).

The Municipality used to be larger than its neighboring municipalities. Oslob and Alegria used to be under its jurisdiction rendering labor especially during the construction of Samboan Church back in time.

The new municipalities created from Samboan are Ginatilan and Malabuyoc sometime during the mid-1880s.

As one of the highly established towns in the past, you will notice or discover that Samboan has a lot to offer to its visitors. The heritage is mostly left behind by the Spaniards and the culture they try to establish in the area.

St. Michael Archangel Church – made of coral stones and one of the oldest churches in the province

St. Jacob’s Ladder (Escala de Jacobe) – a 147 stone steps built in 1878 leading to the old watch tower on a plateau with a great view of Tanon Strait.

Aside from the heritage and structures of Samboan, you can as well enjoy your trip by exploring the natural environment. Such as the following:

By the way, Samboan people, being religious people, celebrates their fiesta in honor to their patron saint Saint Michael Archangel every 29-30 of September. If you are interested, pencil it down in your calendar.

And, don’t forget to bring home some gifts their special delicacies – Torta Espesyal – Samboan cookies with or without coco wine. Among the tortas, Torta de Tangbo is rumored to be the best one.

Hope you enjoyed this page. Please, like or share if this helps your search and let me know if you have questions.

Have a wonderful day!