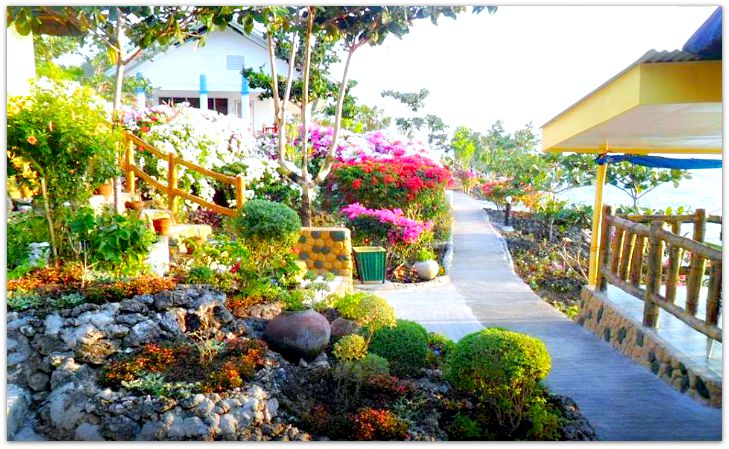 Tabogon Municipality is classified as the third class municipality of Cebu Province in the Central Visayan Region of the Philippines.

Locals claim that the name Tabogon comes from a Visayan word ‘tabog’ that means “busy,” which refers to the bustling and busy farming area of the golden old days of the area.

The municipality has over 40 thousand residents based on the 2015 census, and more than half of it is registered as eligible voters according to the 2016 electoral roll.
Tabogon is seated about 67 kilometers Northeast of Cebu City, the provincial capital, and around 522 kilometers Southeast of Manila, the capital of the Republic.

The whole municipality has a total land area of 101 square kilometers. This land area includes Tabogon beach resorts where people flock to enjoy their summer or holidays.

Based on the story handed down from generations, the municipality was once known as “Agoho,” a name of a tree species known in the area. This tree is being described as a huge one with very thick foliage. That is how the place became known to be a long time ago.

Similar to most areas in Cebu, Tabogon has experienced attacks from the pirates coming from the southern part and outside the archipelago. However, when the Spaniards came, the locals were being helped to protect themselves by establishing signal and watchtowers to look out for incoming marauders that would pillage villages by then.

During the Spanish settlement, a place of refuge and protection from the pirates were established, which was called “tabogon.” The locals accepted Christianity readily since they experienced help from the newcomers. As they were converted to Christianity, a big church, rectory, and belfry were built.

The church structure is constructed with massive stones robust enough to withstand earthquakes and serves as shelter from the attacking pirates. There were two schools built nearby the church for boys and girls. Over many centuries, only some structures and ruins left and could still be seen in the area.

When Tabogon became a town, the residents elected its first municipal leader by the name of Pablo Hortelano. (Source: Tabogon Municipality website)

some major events in tabogon

The Battle of Canao-Canao Hills
This battle was fought between a group of Filipino revolutionaries and Spanish soldiers. Since the local fighters were only armed with homemade bolos (knives and swords), they lost the battle against the well-armed soldiers with rifles. Although they lost that historic battle, the fight went on for almost four three centuries.

The Spanish crown handed over the colony when they signed a treaty with the Americans in Paris.

The second colorful event was the capture of a bandit in the mountains of Tabogon.

The Capture of Tan Pitong
Pitong is the nickname of a notorious bandit the roams around the surrounding area in the early 20th century. He worked with some men who seek refuge in the mountains and secret places of Tabogon’s mountainous regions.

With this problem causing headache among officials, the provincial governor decided to put an end to their treacherous leader and his men.

The governor sent the town’s police chief and a number of agents to Sitio Natin-ao where Pitong and his men were reported to be found. Most probably, the bandits were outwitted and outnumbered, and so they surrendered peacefully without even asking for any condition.

The Municipality of Tabogon is being divided into 25 barangays, each with their own local officials who manage the political affairs and needs of its residents.

Here are the barangays in alphabetical order…

Tabogon Municipality has a colorful past and the more you know about its history all the more you will enjoy the area. Now, if you are keen into exploring the Municipality, let me give you some hints of popular places where you can hang-out.

Here are some of them...

Thanks for visiting this page and reading to the end.
Hope this helps you find something of help.

You may visit this website more often for further development and information on Cebu’s travel destinations and vacation guides.

Have a fantastic day then!