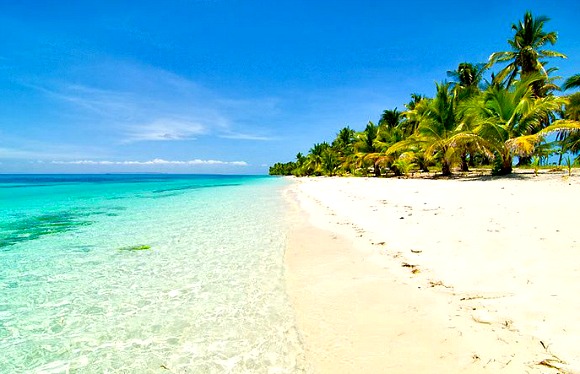 Borbon Municipality is generally flat with some slightly rolling topographical features. That is why it is known for farming and grazing animals. In additional, it is also famous for its beautiful beaches.

Based on the 2015 census (Wikipedia), the municipality has almost 40 thousand residents. Moreover, according to the 2016 electoral roll, it has about half of the residents are registered, voters.

During the occupation of the Spanish, it was believed that the parish of Borbon was established in September 1862 and assigned San Sebastian as their patron saint. At present, the Saint’s Feast is still being celebrated every January 20th.

The first church which was made of wood and thatched roofing was thought to be one of the oldest churches in the province. However, it got destroyed during the Second World War.

The name of the municipality can be attributed to Bourbon in Spain just as most municipalities in Cebu are named after the places in Spain. However, some argue that Borbon could be coming from the word ‘bonbon’ which in Cebu language means ‘sandy’ or ‘dusty.'

Silmugi River, a famous eco-tourism site in Northern Cebu, is thought to be not only the river’s name but the original name of Borbon Municipality before the arrival of the Spaniards.

At present, Silmugi River has become the center of celebration in honor of St Sebastian the Martyr, the town’s patron saint. Silmugi River Festival is celebrated mostly by street dancing involving traditional supplications for a bountiful harvest. The festival includes all barangays under this municipality.

Silmugi River does not only serve to transport their goods and products but also as the fastest way to get to the church.

At present, the Municipality of Borbon is composed of 19 barangays, namely:

By the way, it would be helpful that when you visit the municipality if you know in particular which barangay you will be heading to. To be sure, go first to the Poblacion and start from there your exploration!

There are no seaports or airports in the area.

As a municipality, there are no higher education facilities but many elementary schools. Small public markets are available in some barangays.

Big buses travel the area, but the common transportation in the municipality are jeepneys and tricycles and trisikads.

Commercial Establishments
The most common business establishments, which can be found anywhere in the country and countrysides are the ‘sari-sari’ stores (small miscellaneous stores).

Certainly, there are lots of interesting places and sites in this municipality. Some of them include ecological farms and beach areas.

Many beach resorts offer tours to islands and hot spots that are reachable by boats as a day tour. Most of the activities include scuba diving, snorkeling, swimming, picnic and other relaxing offers. Some destinations include:

Obviously, there are more places to explore in the municipality. Who knows you might be the first discoverer of the would-be-popular site!

getting to borbon municipality

If you are in Cebu City area, just head to Cebu North Bus Terminal and take the one that travels to ‘Borbon’ or the one with ‘Tabogon’ signboard.

It only takes about 2 hours to get there. You can enjoy the sites along the way and buy some refreshments during its quick stops in Liloan and Carmen towns.

Hope this page helps your search.
Have a great day and safe travels!