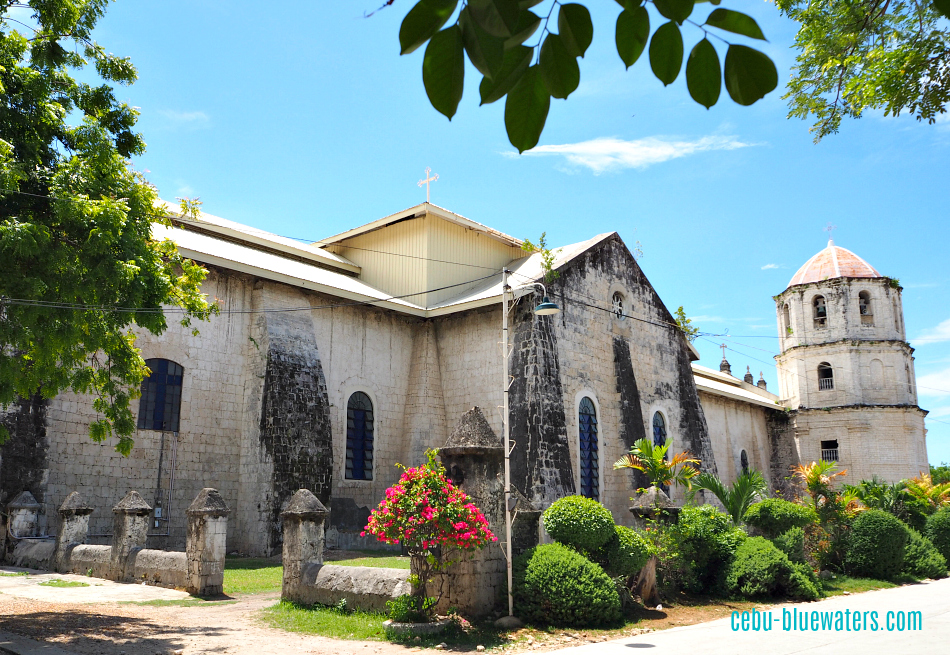 Left side view of the church from the street

Immaculate Conception Church in Oslob Town is one of the must-see historical structures in the municipality. The writer had the opportunity to see the structure and took photos for memory’s sake as well as for this site.

Southern Cebu can be heaven for heritage enthusiasts with all the century-old churches and heritage buildings in this part of the island. 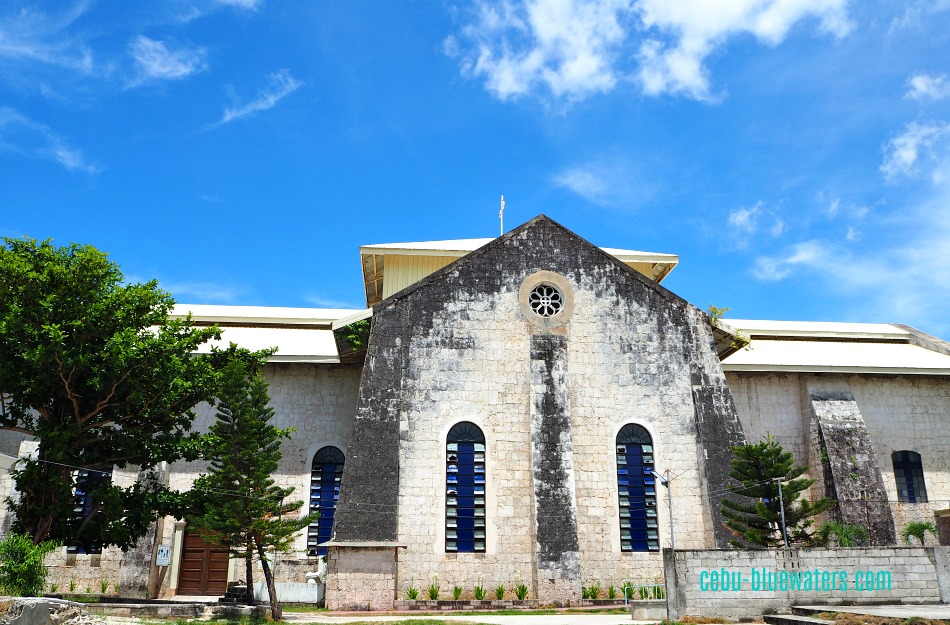 Righthand side of the church

The building commenced on May 4, 1830. It was Bishop Maranon who prepared the plan while Father Bermejo selected the place for the church building. Bermejo supervised the construction until the church was completed in 1848.

Back in 1942, the church was burned down by Filipino guerillas but was restored by the residents of the town. On November 7, 1955, the church had been ruined again when a fire devastated it. That fire destroyed virtually everything within the church. Just the picture of the Immaculate Conception has been spared. The townsfolk supported in renovating the church and the restoration attempts were finally completed on December 10, 2010. 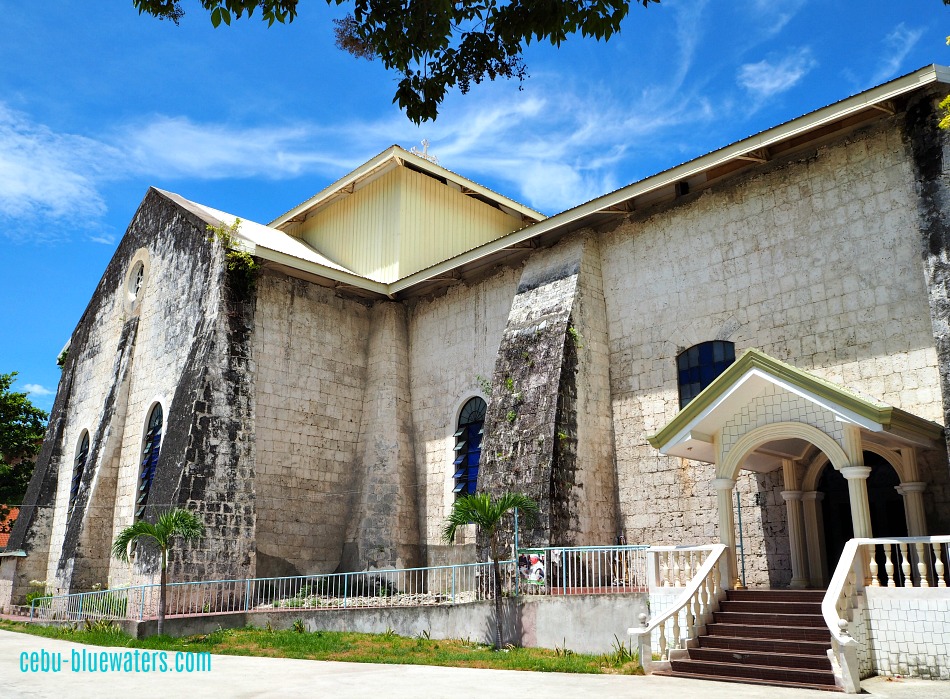 Side view of the church (righthand side) 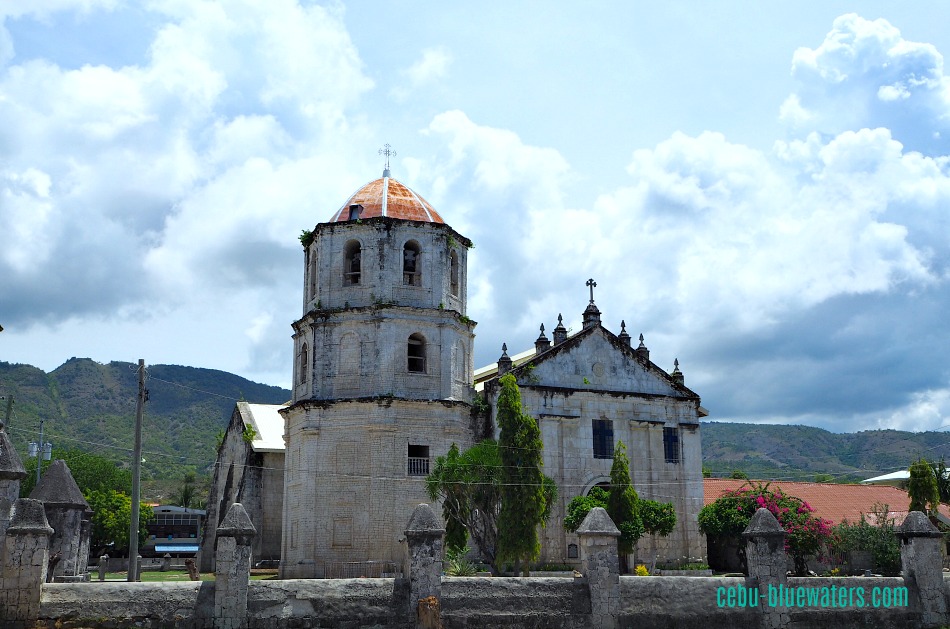 The Immaculate Conception Church functions to fulfill the religious needs of the faithful parishioners of Oslob Town. The church has a plain nevertheless imposing façade. The interior of the church features a high ceiling.

Considering that the Church has been destroyed in the fires that devastated it in the past, a lot of the interior may have changed when compared to when it was initially built.

The church is made of coral stones quarried from the seas and cemented using lime from seashell ashes. Its neo-classical bell tower dome stands at 30 meters high. The bell tower itself can be almost as broad as the façade, which makes it distinct from several churches in Cebu.

Although Immaculate Conception went through many renovations after it was severely damaged in the past, it still evokes a sense of faith among locals and visitors. Its façade may be simple, but it is quite imposing.

It is also one of the historical sites that enthusiasts should not fail to see if they ever get to pass by the town of Oslob. 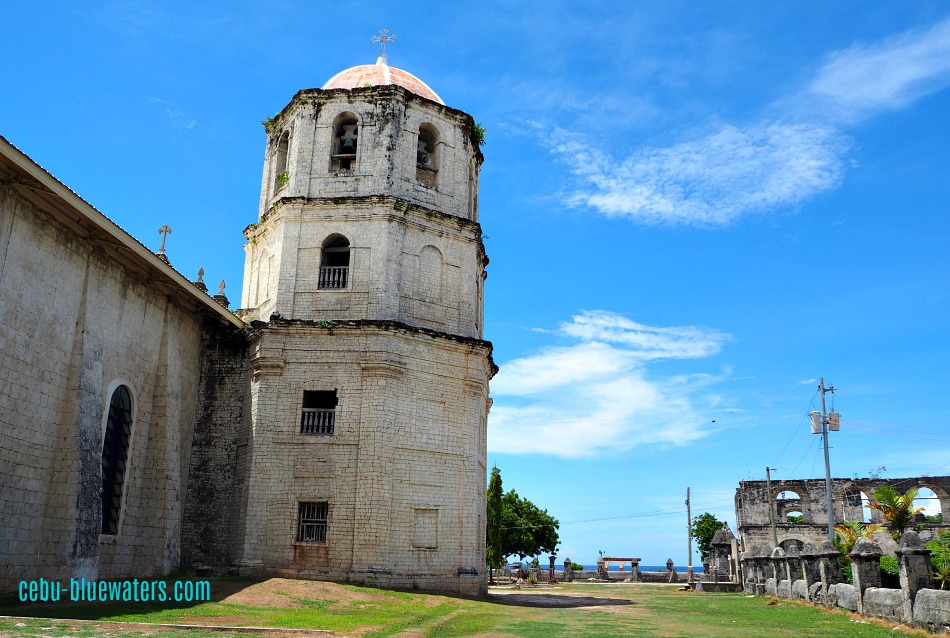 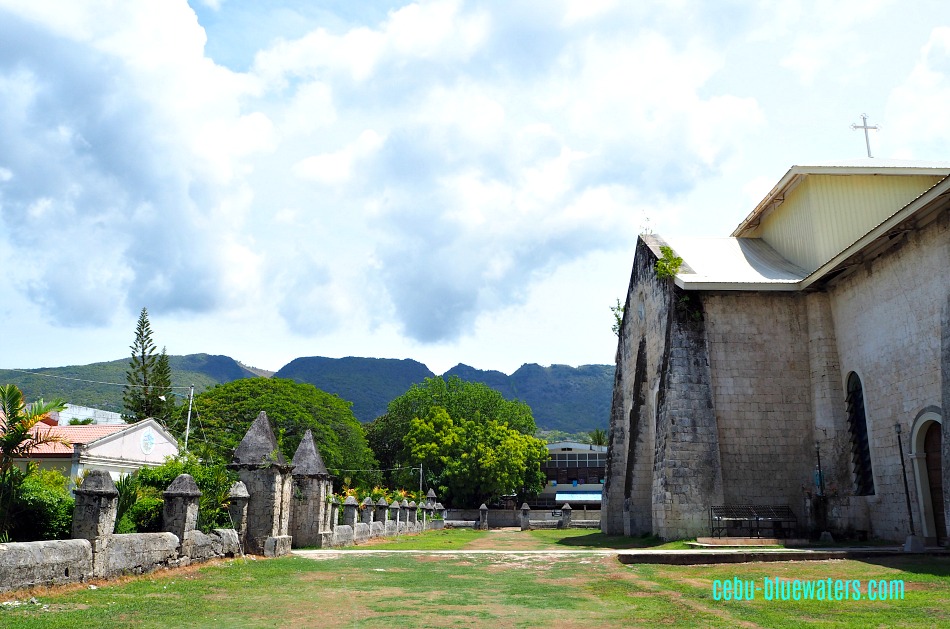 The church is surrounded by:

Parks
The church is surrounded by Oslob’s Freedom Park, Municipal Hall’s park, school park and other vast spaces in the town area. This gives an advantage not only for locals but also for visitors who want to explore and enjoy the place.

Municipal Hall
The town’s municipal hall is just across Immaculate Conception Church and separated by a street and tall acacia trees. The Hall and other offices have spaces as parks and typical features of colonial period’s governance blueprint. 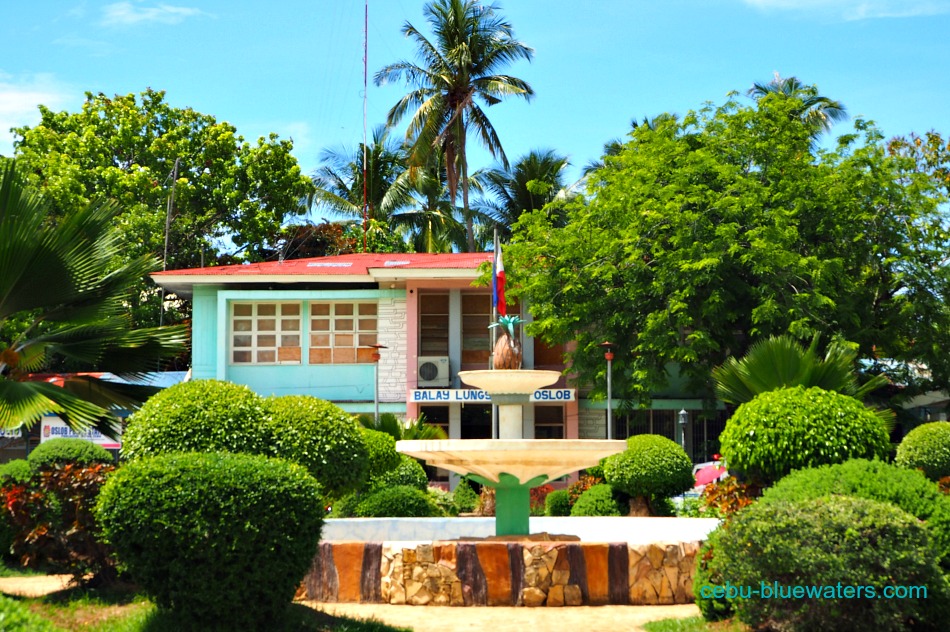 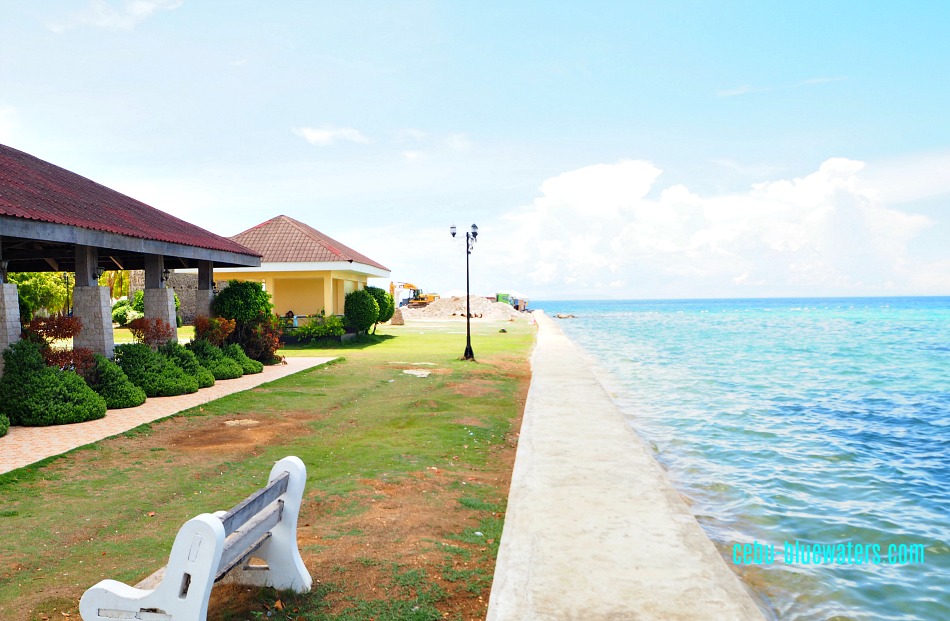 Cuartel
This remnant structure (no floors and roofs but only walls) is supposed to be the barracks of the Spanish soldiers (guardia civil) and other personnel during the occupation period. Historians claim that Cuartel was not completed as it is interrupted by the arrival of the American. It is great to learn a bit about its history but also useful to see it physically.

School
Yes, most probably this is a parochial school and located just adjacent to the church itself. I found the rectory of the Parish priest right next to the school and within the church’s yard. 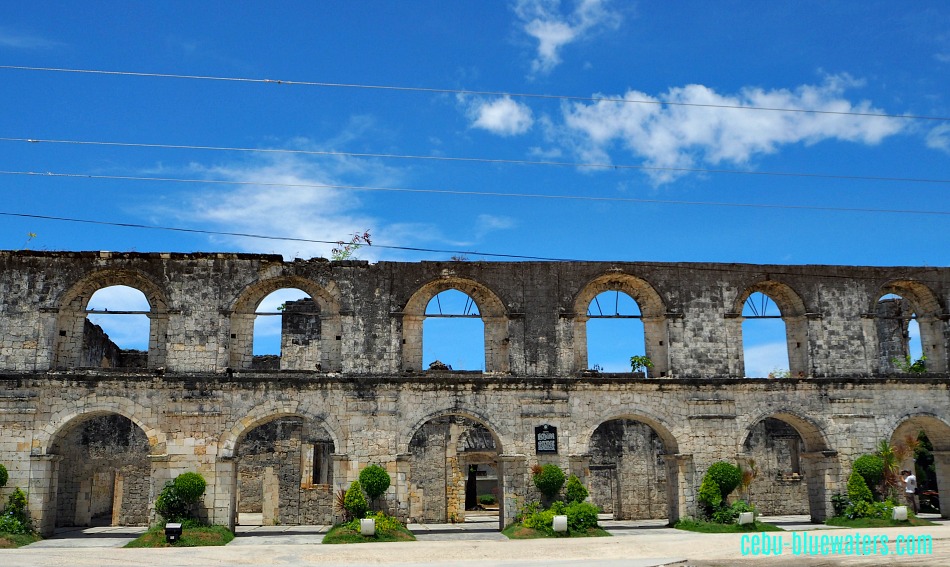 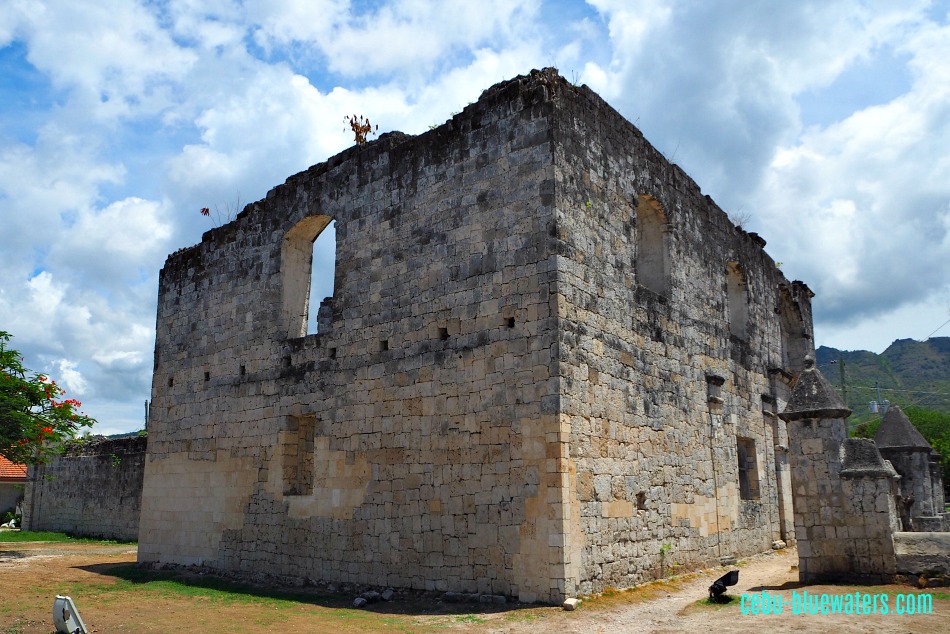 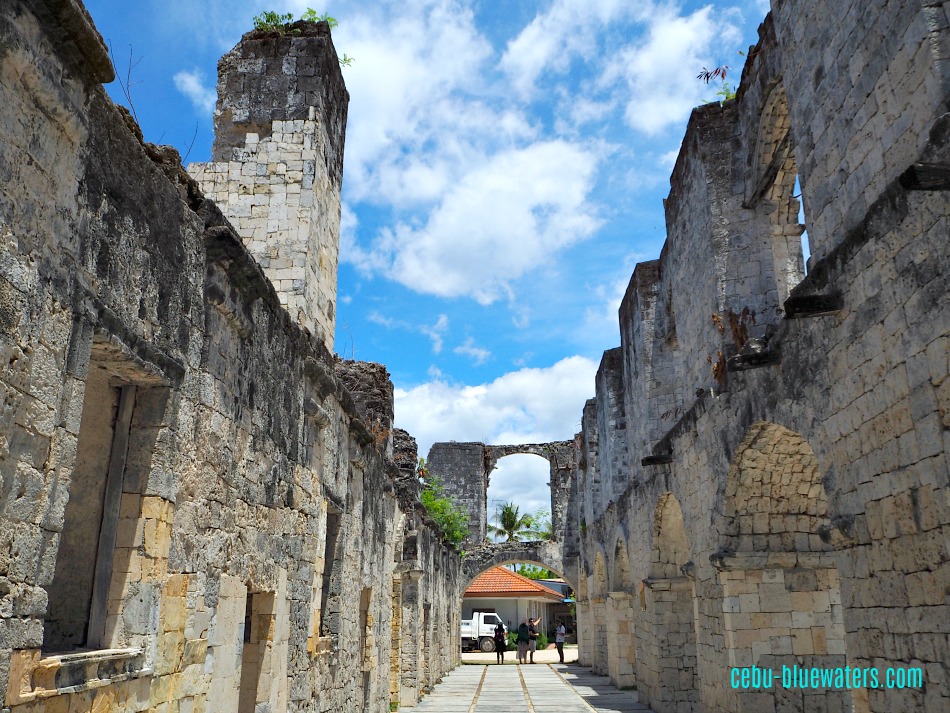 Baluarte
Oslob Baluarte, one among the many watchtowers lining up in the southern side of Cebu province. It is built close to the sea, of course, to serve its purpose, and seems not adequately maintained. It is located within the freedom park, which is the park by the sea with lawns, ample space and some benches facing the blue sea.

Sea
If you do not know yet, Oslob is a municipality situated by the sea, a location considered ‘bad’ in the past as it is prone to outside attacks (such as pirates, kidnappers, looters). However, it is considered now a blessing due to the popularity of tourism activities and the influx of visitors both locals and foreigners. 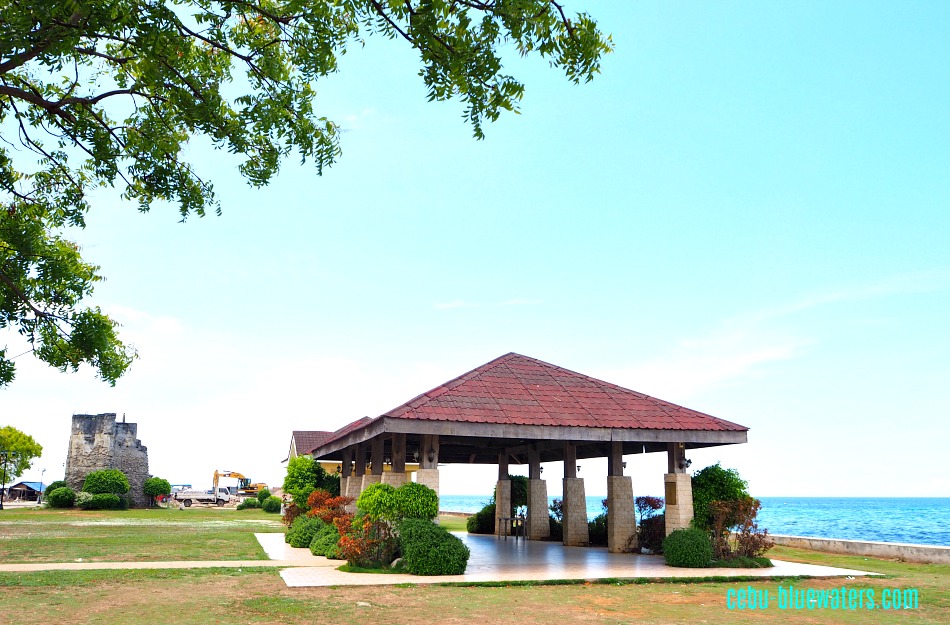 Oslob Baluarte (old structure on the left side) 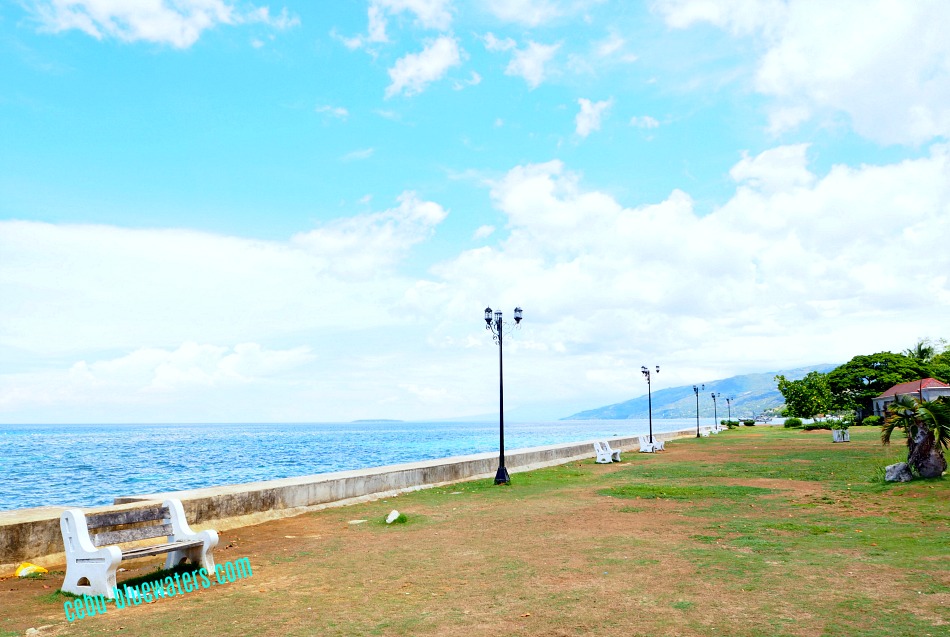 getting to Oslob church

You can visit Immaculate Conception Church of Oslob by getting on a bus headed for Oslob at the Cebu South Bus Terminal.  Once you reach the town proper, you can just ask for directions from residents since the church is within walking distance from the center of the town.

For more details, here is how to get to Oslob Municipality.

Ceres buses are the popular ones that travel vice versa this route. Aircon and non-aircon buses are available, and both might be entirely different depending on your preferences.

V-Hires
Van-for-hires are available for hire, but they usually operate like regular transports. They have terminals in various places, such as in SM Cebu City and South Bus Terminal. The difference is that they make only limited stops and run faster than other public transports.

Private vehicles could be comfortable if you want to explore more places in the municipality and other exciting areas in the Southern Cebu.

Thanks a lot for dropping by to read!

Find out more fun and exciting southern Cebu sites and activities where you can spend time and resources wisely.

If you are looking for nice places to stay in, please see them through this page here.