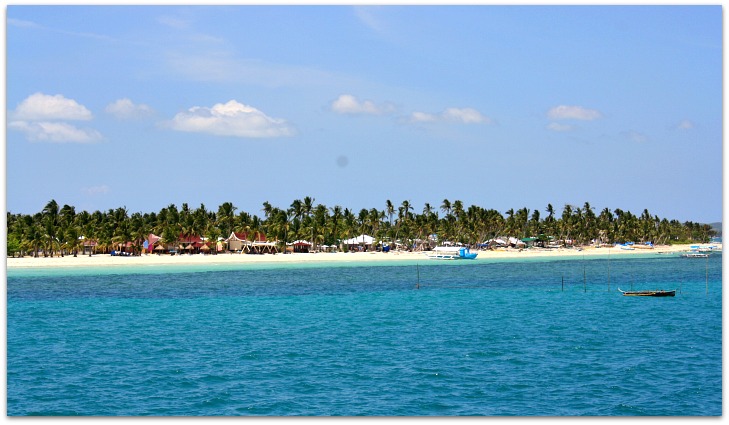 Madridejos Municipality is one of the three municipalities on Bantayan Island (Santa Fe and Bantayan are the other two).

The Municipality is located on the beautiful and famous Island of Bantayan in the northern part of Cebu Province.

The Municipality lies in the west of the northern tip of the Province.

Bantayan Municipality bounds in its Southern side, while the Visayan Sea bounded the Municipality on all other sides.

Madridejos has a population of more than thirty thousand based on the 2015 census, and over twenty thousand are registered voters according to the 2016 electoral list.

Madrijedos was commonly known as “Lawis” by locals and people in the surrounding island. Still, people today call the place with that name, which means a ‘promontory.'

However, the name Madridejos was given to this place in honor of the former Cebu Archbishop, Benito Romero de Madridejos, when the barrio became a town in the early 1900s.

As a municipality, Madridejos has barangays under its jurisdiction. Fourteen barangays comprised Madridejos that each offers great resources for travel, relaxation and exciting exploration on the island.

In one of the barangays, Kaongkod, lies a watchtower which built to warm locals from the approaching bandits. This watchtower is around 4 kilometers from a ‘kota’ (fort in the English language).

The Madridejos watchtower is one among the many on the island that was built under the supervision and plan of a parish priest of Bantayan in the 19th century.

The first parish has been constructed by Augustinian missionaries in the 1580s. The chapel was built within the Spanish fort which is located close to the sea. The parish church was called the Immaculate Conception Church.

Second World War
During World War II, the Philippine Commonwealth troops landed in Madridejos and were fighting against the Japanese imperial army in the famous Battle of Bantayan.

The headquarters of the Commonwealth Army stationed in Madridejos remained active from 1945 until 1946.

The Municipality is relatively flat which is similar to most parts of the island. It has over two thousand arable lands, over twenty residential, three for commercial and about two hectares of industrial land.

The certified alienable and disposable land covers around 20 hectares, 25 for national parks and playgrounds, and nothing classified as wildlife and unclassified forest land and reservation land.

Regarding climate, the rainfall is evenly distributed all throughout the year. Being located near the sea, it is open to the Northeast and Southwest monsoons.

However, the beaches of Madridejos are perfect for swimming and other beach activities.

Like most of the Bantayan Island locals, Madridejos folks mostly live by fishing and earn a living through marine produce.

Due to its rich fishing ground, Madridejos won the title as the little Alaska of the Philippines. In fact, the canning factory was first established in the area but got destroyed during the Second World War.

Aside from marine products, people produce poultry goods and farm products. Madridejos is one of the major producers of egg products to the nearby provinces.

Recently, many residents work at public establishments and some are running their own small businesses such as Sari-Sari Stores.

The municipality has no established port nor an airport, but the island has one which is located in Bantayan Municipality – serving small planes only that come depending on their customers.

There are many elementary schools and a couple of high schools but no college degree level in the municipality.

Community recreation centers and public spaces are available for event local events and celebrations. A public market is available in the Poblacion while smaller markets (mercado) are also existing in the barangays.

There is a post office for your snail mail or package, a telephone station, and a telegraphic station. Of course, people are using the more advanced technology for communication – cell phones.

You can ride buses, jeepneys, tricycles and trisikads in the area. However, the most common and quickest mode of transport is the motorbike, which is widely known as habal-habal.

Many of the local folks have their private vehicles - especially single motorbikes.

The municipality has a source of electricity and a municipal water system that supports all its barangays.

Madridejos has a Bank (Rural Bank of Madridejos) and other financial services establishments. It means that you can transact foreign exchange in the Poblacion.

However, you are advised to bring enough cash when traveling in the area as most establishments do not take credit cards as a form of settling payments. (In most bigger resorts on the island, credit cards are very much accepted).

Other local products and skills
Aside from fishing and poultry, Madridejos also supply raw materials including maguey, buri, romblon (leaves for making mats), bamboos, coconut products, among others.

For those who do not work in the confines of an office or other businesses, locals work as carpenters, masons, welders and another manual labor type of jobs in the area.

getting to madridejos municipality

The best way to get to Madridejos, given that you come from outside Bantayan Island, is through its port in Santa Fe.

If you are departing from Cebu City, take a bus from Cebu North Bus Terminal and then get off at Hagnaya Wharf where you can take a ferry for Santa Fe, Bantayan Island. The ferry will take around 75 minutes to get to Santa Fe Wharf.

Faster than a bus are the V-Hires (van) that you can get at SM City Cebu.

Thanks for reading this page. Please, like or share if you find it helpful.
Have safe travel.