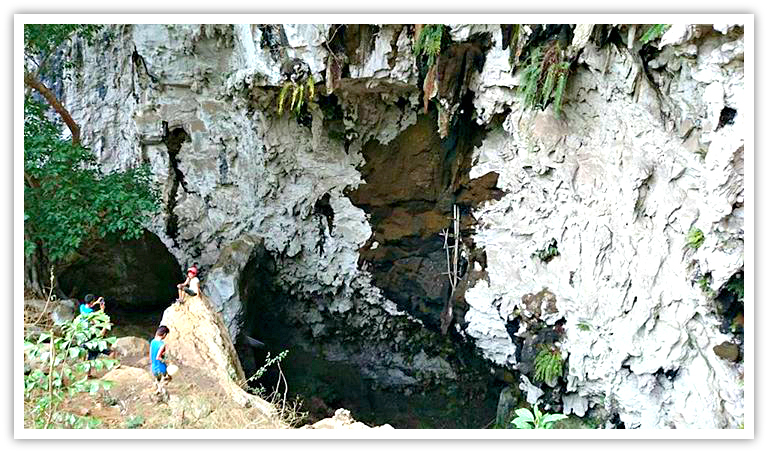 Barangay Campo Siete Caves are some of Cebu Provinces’s natural wonders. The white sand beaches of Cebu (Bantayan, Camotes, Malapascua, Alcoy, among many), its mountains, and its waterfalls have never stopped to amaze locals and visitors alike.

Now, for the more adrenaline-pumping and creepy-happy adventurers, they found caves quite exciting. Cebu has hundreds of caves. They can be found even in Cebu City and Mactan Island. There’s no need for you to go that far.

Cebu caves can be easily found, especially the famous ones, by the mountainsides (such as Balay sa Agta Cave). Interestingly, Philippine geologist learned that Cebu Province is dotted with caves above and underground.

These caves channels are mostly, still, unexplored. They are interlinked underground. Some openings can be found by shores which are common features in many popular travel destinations including Dakong Bato.

Yes, Barangay Campo Siete Caves are one of those mysterious caves in Cebu. Some of these are safe while others are considered unsafe among cave enthusiasts due to falling debris caused by tremors.

Barangay Campo Siete Caves is (as a group) located in Minglanilla Municipality. Its town is famous for its religious festival called the “Sugat” and “Kabanhawan” (a celebration among Catholics being held during the resurrection day of Jesus Christ according to their religious calendar). The seven caves are in Barangay Camp 7 nearing the border with Toledo City. 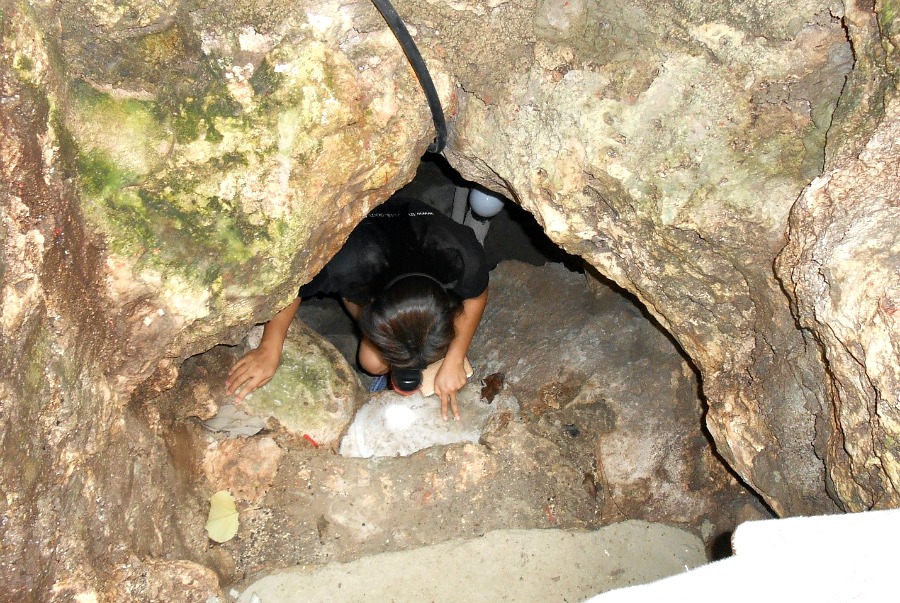 As you would expect, assuming that you have the experience, these caves have some challenging points. The first cave is about twenty minutes from Barangay Camp 7. It only takes about an hour or so to explore the mysterious interior of this cave. Outside, you will notice the rough rocks and boulders while the inside is amazingly the opposite – smoother walls and grounds.

Exploring the smaller chambers are exciting, and it could only take a short time as it is a smaller cave. Be really careful. Take one step at a time!

The second cave has a much larger inner chamber. But its opening is not apparent. It is not for the claustrophobic. Ensure that you can perform twisting and such aerobic or gymnastic capability to enter into its mouth.

Once you are inside it, you will be experiencing an out-of-this-world feeling. It is vast, cool and fresh. You will observe some creatures including swallows that make this their safe abode. Bats are also residing there.

The first one is easy. The second cave’s mouth is a bit tricky. But the third is the real thing. This is only for the experienced cave explorers and researchers. Entering inside it requires one to crawl a longer and rough tunnel before reaching the inner dome. Not for the faint-hearted and claustrophobic as well.

Now, what about the fourth, fifth, and the sixth cave? Yes, they are quite interesting as well. However, due to the dangerous situation inside them, enthusiasts are not permitted for the moment.

The problem occurred or due to the strong earthquake that hit the province in 2013. Aside from their ‘structural’ unsafe situation, officials in the area warned that the caves are infested with poisonous snakes.

The White Cave is one of the seven caves. It is rightly named white due to the chalky-white materials found at the entrance of the cave. The entrance is wide open which can be compared to three facades of Cebu’s Metropolitan Cathedral. It means that everyone is welcome!

Being the largest among the cave systems in Cebu, White Cave has two known more prominent entrances which are at least six feet in diameter. Both entries bring you to the same inner chamber.

As you already know or heard, many living things, as well as animals, live inside and by the cave. That includes human beings – at least not in Cebu anymore! So, the large entrance of the White Cave is home and nesting area among birds. The edible bird’s nest provide a soup recipe among its consumers. Collectors of nests made a living but stopped when an accident occurred. Now, you can only see old bamboo poles hanging and getting rotten.

If you have traveled far and was struggling with the heat, to get inside the cave is your best treat. It is refreshingly cool! 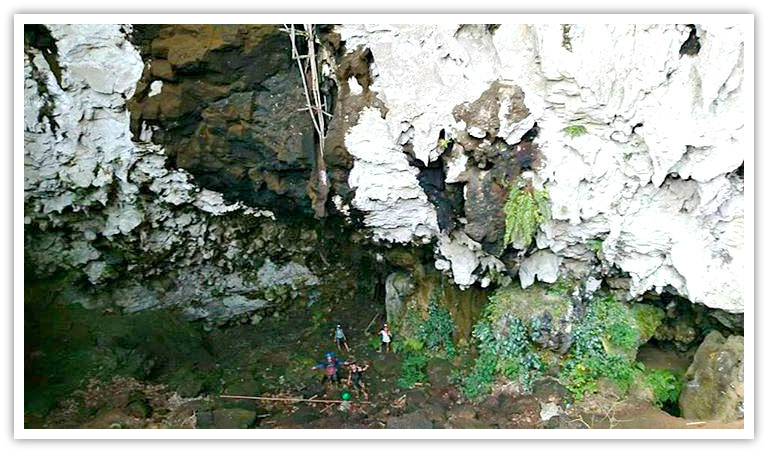 White facade of the White Cave

getting to barangay campo siete caves

Getting to the seven caves area of Barangay Camp 7 is not that tough as getting inside those caves. You can take a Jeepney and motorcycle to the area. You have many ways to get there. However, there are only two preferable and recommended routes.

First, get your way through Tabunok (in Talisay City). You can take a Jeepney or taxi through Manipis Road. Then take a motorbike to get to the starting point.

Second, you can get there through Barangay Cantabaco in Toledo City. This route demands that you take a motorcycle ride from that barangay to the caves area. Who knows, a better road might be constructed soon!

If INTERESTED – you may contact PYAP Minglanilla: Gamayng Paraiso Tours (‘small paradise’ tour operator). They used to have a facebook page but it seems it is not available anymore.

Interested to learn about more caves in Cebu? You may check out this link for more Cebu caves pages.

Thanks for reading through and hope you enjoyed it.
Have safe travel and explorations!