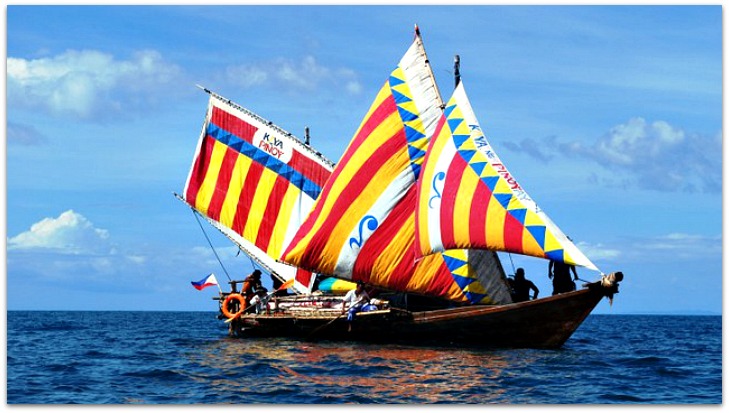 'Balangay' is the early boat used by ancients seafarers in the country (Photo: balangay-voyage.com)

Early Cebu history starts around 30,000 years ago, when a group or waves of Oceanic or Austronesian peoples, known as Malayo-Polynesians, occupied Cebu island and the whole archipelago.

Similar to their ancestral roots, Cebuanos had the seafaring cultures akin with the Micronesian people, but closer to mainland Asia that they engaged with in trade including Japan, Okinawa, India, China, Malaysia, Indonesia and Arabia.

The trading of goods and other products among these cultures have undoubtedly influenced each other in various aspects including cultural values and traditions, such as beliefs and way of life.

For that reason, ancient Cebuanos are deeply influenced by Japan, China, India, and Borneo. The Cebuanos and those countries traded pearls and coral for silk, gold, weapons, spices and other products they could use.

Early Cebuanos were animists or worshipers of anitos (spirits) living in nature, a belief which was later forbidden when Catholicism was introduced on the island.

The introduction of Catholicism to Cebu has heavily influenced Cebuanos as evident by the huge number of devoted Catholic Cebuanos. Due to the influences from Spanish (and Mexican) language and culture Cebuano language is filled with Spanish loanwords.

Such Hispanic influences are also evident in Cebuano cuisine, costumes, festivities, music, dances, costumes, arts & crafts, among others. Intermarriage between the colonizers and natives are also evident among Cebuano (or Filipinos in general) names and family names, fairer skin color, or mixed ancestry.

A king being entertained by musicians and dancers (Photo only illustrates how a rajah lives and is not related to any particular rajah of Cebu.)

Traditionally, Cebu culture, customs, and traditional beliefs can be characterized as a mixture of Malay traditions, Asian cultures, Spanish, including American culture – mostly introduced by Protestant missionaries later on. Although the majority of Cebuanos are Christians (Catholics), you can also find some believers of Islam, Buddhism, Hinduism, Taoism, among other religions that were absorbed by the natives many years ago.

Among the popular festivals on the island, Sinulog has been the most notable. Catholic authorities and government authorities made it all the more a popular attraction among locals and foreigners alike. It is celebrated annually on every third week of January.

Prior to the coming of the Spanish conquistadores, rajahnate was the common form of state or government of Cebu island. This rajahnate was established by Sri Lumay (aka Rajamuda Lumaya), who was a prince of Chola Dynasty that ruled Sumatra then. Initially, he was commissioned by the maharajah to establish a base for their army force; instead, he created his own rajahnate which he himself ruled.

Sri Lumay was a Malay and descendant of a native royal family that practiced Hinduism. One of his several sons, Sri Alho, ruled a land known as Sialo that included the present towns of Carcar and Santander – south of the province.

Another son, Sri Ukob, ruled a kingdom called Nahalin that included the present towns of Consolacion, Liloan, Compostela, Danao, Carmen, and Bantayan – at the northern part of Cebu. Story has it that he died in a battle with another tribe (Magalos) from Mindanao island.

Rahamuda Lumaya’s youngest son, Sri Bantug, ruled Singhapala kingdom, which is presently known as Cebu City. When Bantug died when struck by a disease, his son Hamabar (aka Rajah Humabon) succeeded his throne. It was during Humabon’s rule that the Spaniards came.

Sri Tupas, the son of Sri Parang, who was known as Rajah Tupas, succeeded the throne of Rajah Humabon as king of Cebu. However, Rajah Tupas’ reign did not last long when the conquistador Miguel Lopez de Legaspi and his forces defeated the natives in the battle in 1565 (Source: wikipedia.com).

We hope you enjoy this shorter version of Cebu and Cebuano's early history. 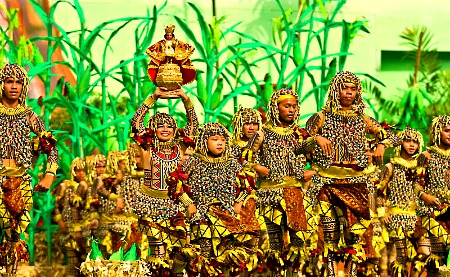 Sinulog is an annual vibrant and colorful religious dance celebration in honor of the Child Jesus (Photo: edgarjediza)

Thanks for visiting and reading through this page. It is just but a short and brief description of Cebu's early history. We will certainly provide more descriptions in the near future to somehow give some ideas the readers and users of this website.

Please, continue exploring this website and scanning and search anything about Cebu and what it can offer to its visitors.

Check out these interesting pages you might love to browse...

Cebuano culture & arts - This page introduces you a glimpse about common and popular culture and activities on the island.

Cebu customs - It introduces to some of the traditional and indigenous expressions and beliefs still in practice among Cebuanos and many Filipinos in general.

Quirky Cebuano beliefs - Some of the (superstitious) beliefs that could entertaining or freaking out especially to foreigners...

Cebu Sinulog Festival is one of the most vibrant and colorful religious celebrations of Cebu which is annually held to honor the Child Jesus - Senyor Santo Nino!