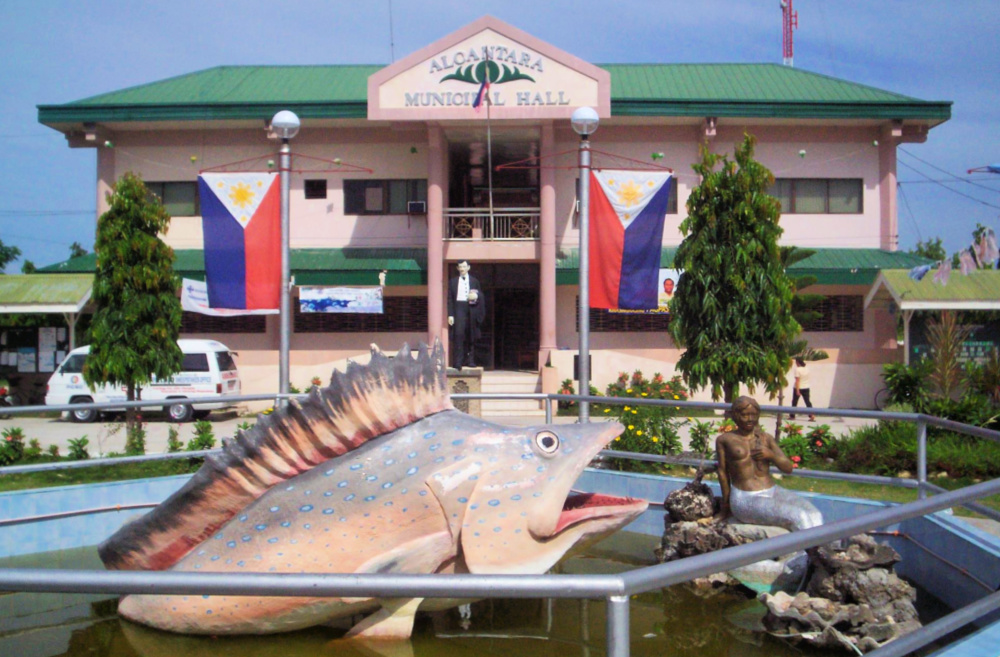 Alcantara Municipality is about 85 kilometers Southeast of Cebu City, the province's capital. It takes around 1 hour and 20 minutes by car or public transport. Traveling to Alcantara is easy since it has a paved road--from Cebu City all the way to the town center.

Alcantara used to be called 'kugtong', a name of a big freshwater fish that used to thrive in the springs of this municipality.

However, when the conquistadores arrived on the island, they renamed it into 'Alcantara' after a town's name in Spain. In 1830, it became a municipality separating itself from its adjacent towns, namely, Ronda and Moalboal.

Alcantara is considered a fifth class municipality of Cebu Province, Philippines. Based on the 2010 census, the municipality has around 14 thousand residents and certainly it is growing.

Barangays
Compared to other municipalities, Alcantara has only a few number of barangays subdividing it into nice barangays.

Brief Facts & Figures
Region
Cebu Province is one of the top provinces in the Philippines. Cebu is located in the Central Visayas of Region 7. The Provinces is mostly composed of beautiful tropical clusters of islands.

District
Alcantara Municipality belongs to the Second District of Cebu Province. The municipality also has the legacy of Spanish culture but what remains are the structures and religious practices.

Total Area
Alcantara Municipality sits on a total land area of 35.20 square kilometers including the beautiful seaside areas in the South of Cebu Province. 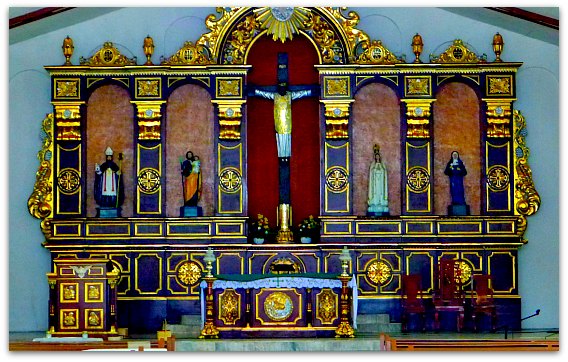 Alcantara is famous among visitors not only for its nice beaches but also because of its natural environment, historical sites and structures, local customs, simple and relax living conditions, among other interesting features.

Church in Alcantara
The parish church of Saint Augustine is a popular church located in the Poblacion of this municipality. Just recently, people were talking that the statue of Mother Mary inside the church 'moved' her head towards the direction of Bohol, another neighboring island.

People are saying this is a miracle. However, the church is still investigating to see if this phenomenon is really true or not.

Just like every towns in the country, Alcantara Municipality also celebrates annually its festival called 'Bahandi', a Cebuano term for 'wealth' in the English language. The municipality is blessed with an abundant and diverse marine resources.

Aside from its famous beaches, the diverse marine produce of Alcantara is the major source of livelihood among the residents in the area. The fisher folks go out to fish everyday specially during night time and early morning, which they will directly deliver to the local fish markets in the town or neighboring places.

Second, the people of this blessed municipality celebrates 'Bahandi' to be grateful for their fertile land. Alcantara people can both fish and till their soil as sources of livelihood and income. In this tropical soil, they can plant anything adaptable to the soil's nutrients, such as corn, pumpkin, fruit trees, coconut trees, among many tropical plants and vegetables.

Bahandi is celebrated in the last week of August annually. This celebration honors its patron saint San Agustino.

getting to alcantara municipality

Get a bus from Cebu South Bus Terminal. Take the bus taking the route to Moalboal Municipality and get off in Alcantara Town.

Taking a taxi is the fastest but it would cost you around 2,500 pesos.

There are also V-Hires (Vans) that run faster than buses do. They only make quick and limited stops along the way and so it saves you time.

By being part of Cebu, Alcantara is proud of its nice beaches and resorts. Make sure that you have contact already your accommodation if you decide to stay longer close to the beach or tourist area.

You can find more nice beaches in the following link:
https://www.travelingcebu.com/white-cebu-beaches.html

Thanks for visiting this page. Hope it helps and see you again here.