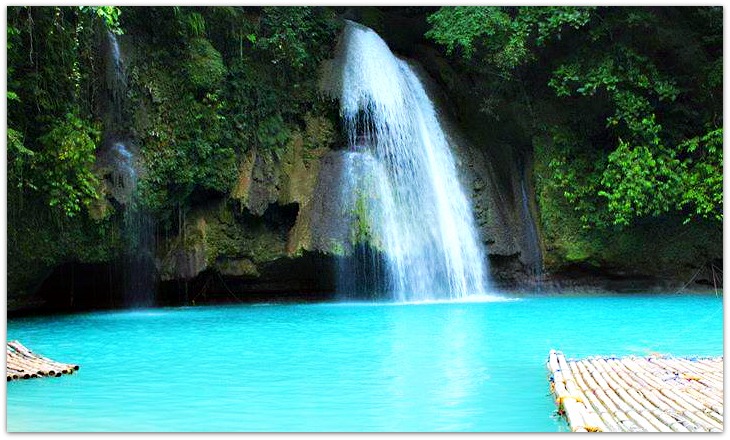 The famous Kawasan Falls in Badian

Badian Municipality is about 97 kilometers from Cebu City on the southwestern side of the province. It has a hilly topography making it attractive to look at.

Badian has the dry seasons from February to September, and rainy months start from October up to January.

From Cebu City, you can easily take choices of public transports, but the best among them is through a big bus from Cebu South Bus Terminal.

The name “Badian” is said to be coming from the plant called ‘badyang’. This is an edible succulent plant that is quite abundant in the area and mostly in tropical regions. The story has it that a certain Spanish officer could not pronounce correctly the term, which is ‘badian’, due to language differences.

Anyway, that what the story is being told and how the municipality is still being called today.

In 1825, Badian got separated as a parish from Barili during the Spanish occupation. Changes have been done to its unique church such as separating the belfry from the top of the structure to its side to remove the pressure on the three columns.

However, the church is still in its elegant and original form with wooden retablo (a painting or other image above and behind the altar).

Badian Municipality has all sorts of resources you can imagine. We can start a quick introduction of the following…

Human Resources
Badian population has a significant degree of educated and professional people. Some have skills on various sorts of trade and crafts. You can find various shops that display products such as furniture, home decors, and other local products that skilled and professional member of the community has been producing.

Tourism Resources
Badian is more popular regarding travel or as an adventure destination. The balanced topography (hills, plains, sea or beaches, etc.) offers guests and visitors of the area myriad of sites for exciting or relaxing activities.

Particularly, Badian is known both locally and internationally for its canyoneering activities – such as river trekking, falls jumping; and also the beach areas that have fantastic panorama and sandy beaches. 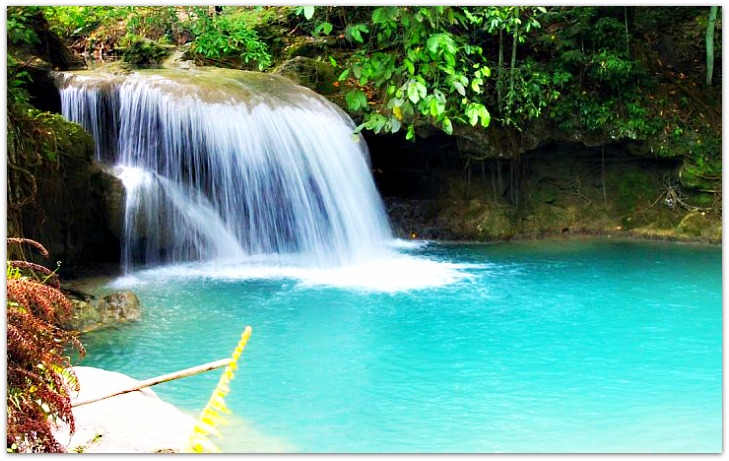 Badian Municipality is a 3rd municipal income class municipality in the province of Cebu. Its almost forty thousand population as spread over the 29 barangays which comprise the municipality. Here are the names of the barangays:

Poblacion is the main center of the municipality wherein you can find the bigger population, more businesses and other resources coming from the other barangays or from other places including Cebu City. It is where you can visit a hospital, marketplace, schools and governmental offices.

Of course, you can find many restaurants the offer local dishes being supplied by the fresh sea goods and domestic livestock and poultry.

As aforementioned, Badian Municipality has one of the most interesting features in the province due to its resources (natural environment), such as the hilly parts, beach areas, rivers and waterfalls and the flat lands. Therefore, you can find many resources for your travel there. Let us check out some of them below.

Some descriptions are general while some items mentioned specific and favorite places in the municipality.

Now, if you started to get interested and plan to visit the municipality, you probably need to learn how to get there, if you do not know yet.

Given that you are in Cebu City, you can head for the Cebu South Bus Terminal where you can choose a bus that is marked Bato via Barili. Just asked any passenger or conductor (‘konduktor’) who is managing the passengers and collecting the fares.

Make sure that you take the ‘Bato via Barili’ bus or else you will be going to the opposite side of the province. For your drop off, just tell in advance the conductor.

You can also hear him (usually a guy) shouting the names of every stop reminding everyone their respective stops. Ceres Liner is the recommended bus company for this destination.

You can find some accommodation in the Poblacion of Badian. However, you also have choices of renting a room, guest house, tent, or a villa in most and specific beach resorts.
For example, you can rent a basic overnight room in Lambug Beach, Kawasan Falls, or a nice accommodation on Badian Island at Badian Beach Resort and Spa property.

Thanks for visiting this page. Have an incredible and memorable travels!